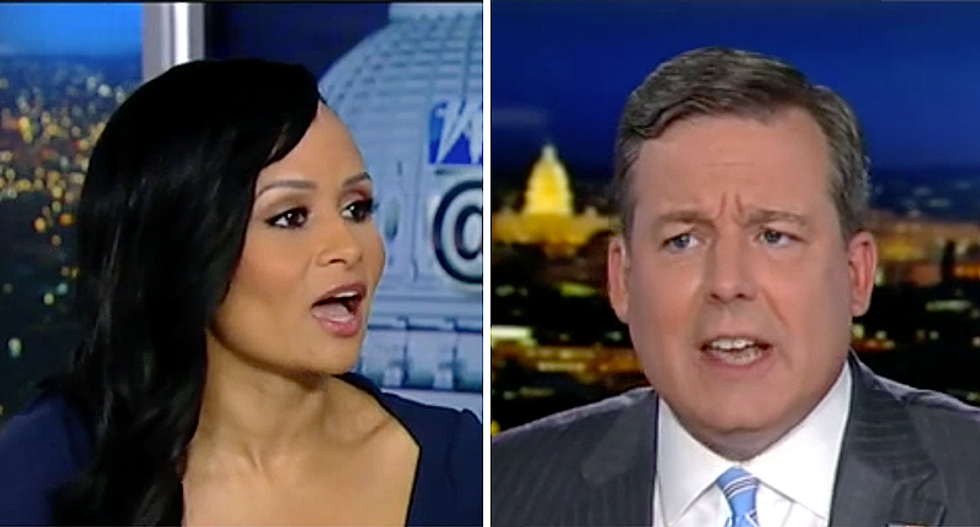 Henry interviewed Pierson Monday, but her story about the tape Omarosa Manigault-Newman released has meandered.

Newman told "Daily Show" host Trevor Noah that the reason she released the tape of Pierson was that the former spokesperson denied saying what was quoted. She explained she wanted to set the record straight by providing the actual recording of the call.

"Look, first of all, that is not true," Pierson told Henry. "There are two things that occurred last night in our discussion: You had read for me a book excerpt that I have not seen because her book had not come out yet. You referenced me having been speaking to the president about this issue. And that is false. We have transcripts today of the tapes that Omarosa released that prove that to be true."

She went on to claim that Omarosa "played CBS" and that she's on a self-promotional book tour. So, Henry played a clip of Pierson's interview Monday in which she denied that the conversation even took place.

"That does not change the fact that you are now claiming there are two different phone calls," Henry said.

"You told me that several times today," Henry replied. "Let me get to the facts. I don't want to get to side issues. Bottom line is, there was one call with Jason Miller, one without a Jason Miller. We'll get to Miller in a second."

He explained the transcript made it clear that Pierson said, "Yeah, he said it. [Bleep], OK."

"And I'll say it again: On Chuck Todd and Savannah Guthrie," she said.

"Let's not talk about Chuck Todd," Henry said. Pierson began interrupting and claiming that the accusations on those shows were important.

"This is the question," Pierson said. "This is regards to a specific discussion -- check the tape of what she said on Chuck Todd and Savannah Guthrie! She specifically said that I said and confirmed that Donald Trump said a derogatory term on a conference call with Jason Miller. That did not happen! That is what I'm refuting! What happened today, Ed, what happened today, is Omarosa submitted two different tapes to CBS."

Henry said that they were getting sidetracked.

"We have to!" Pierson exclaimed.