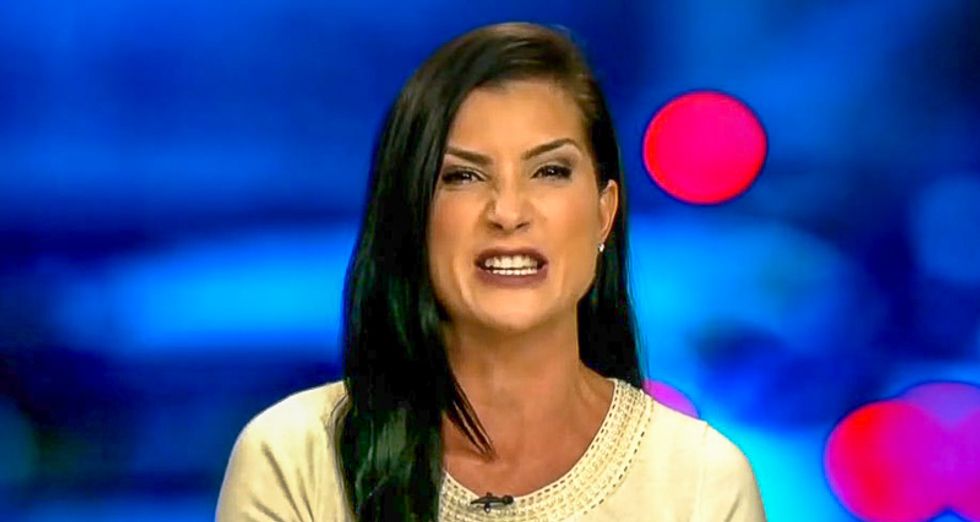 During an interview on Fox & Friends, Loesch attacked elected officials who want to ban blueprints for plastic guns that can be 3D printed in the privacy of one's home.

"Let's get a couple of things straight about the 3D gun debate," she opined. "It's silly to blame this on the Trump administration. You're talking about legal activity that's been legal since the inception of America."

"It's been illegal for 30 years [to build an undetectable firearm]," Loesch said. "Thanks in part to the NRA that none of these lawmakers want to acknowledge. But then they want to blame that organization simultaneously."

"Full disclosure here," the NRA spokesperson added. "I'm actually looking into purchasing a 3D printer. And I was talking to a friend of mine last night and I don't think people realize how expensive it is to get a decent 3D printer that's going to be able to handle that heavy duty plastic."

"Criminals are not going to go out and buy 3D printing machines when they can get a boat load of firearms on the black market and file the serial numbers off!" Loesch exclaimed. "None of these arguments are based in reality. These people are fear mongering."

Fox News host Brian Kilmeade noted that plastic guns could be made undetectable if "you want to pop that piece of metal out."

"Why do you want a 3D printer?" Fox News co-host Steve Doocy wondered.

"I'm interested in the mechanics of it, I just like how things work," Loesch explained. "And I think it would be fun to put it together. I mean, why not? It's like, I also knit so... I do! I knit all the time."