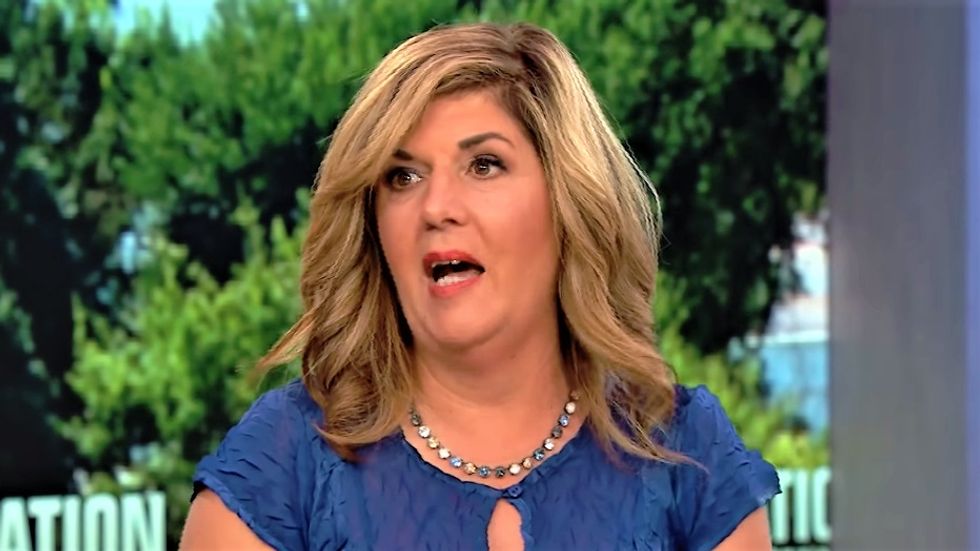 Salena Zito has made a name for herself as a journalist whose job is to "explain" support in the American Heartland for President Donald Trump to coastal liberals.

In fact, Zito has become so prominent as a "Trump voter whisperer" that the president himself even plugged her book on Twitter this past spring.

As part of her routine, she regularly talks with people whom she characterizes as independent swing voters who have supported Democrats in the past, but who swung hard toward Trump in 2016.

However, it seems that many of the supposedly "independent" people whom she quotes in her stories are actually Republican Party officials.

As the Huffington Post's Ashley Feinberg documents, Zito has a habit of interviewing people whom she claims are voters that Democrats should be able to persuade but who turn out to be hardcore Republicans.

One particularly prominent example is Pennsylvania voter David Rubbico, whom Zito describes as someone "who could either turn hard against the congressional GOP during the 2018 elections or swing back to voting Democratic once Trump is done."

But as Feinberg documents, Rubbico is a committee member of his local chapter of the Republican Party. What's more, he wrote a letter to his local newspaper shortly after Trump's election in which he attacked people who say "Happy Holidays" instead of "Merry Christmas," while also declaring that former President Barack Obama had "decimated" the United States.

Another case is Pennsylvania voter Patty Bloomstine, whom Zito describes as "exactly the kind of voter who was at the top of Hillary Clinton’s persuasion-target list during the 2016 campaign."

However, it turns out that Bloomstine is a member of her local Republican committee -- and Feinberg found that she donated money to former Republican Sen. Rick Santorum in 2006 and also shared articles on Facebook claiming that Obama was a Muslim.

Read Feinberg's full analysis of Zito's work at this link.