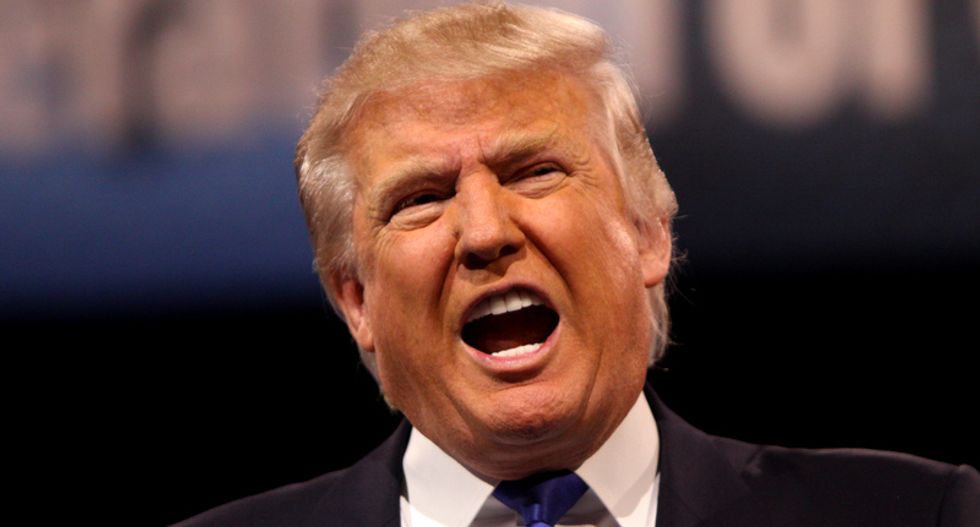 There have been many studies and popular articles about the effect that fear-mongering has on people’s political attitudes since Donald Trump arrived on the scene. Fearful messages designed to make individuals feel that their existence or worldview is being threatened are powerful tools for politicians, and have been for a very long time.

But if there is one emotion that is currently more pervasive than fear among American citizens on both the political right and the left, it’s anger. It would not be a stretch of the imagination to say that right now the country is angrier and more divided than it has ever been in modern times.

Given its prevalence, an obvious question should be, “How is anger affecting people’s politics?” While the effects of fear on political bias are well-established at both the psychological and neural level, the consequences of anger—an emotion that is a bit more difficult to study experimentally—are just beginning to be understood.

A new study published in the journal Political Psychology has found that anger exacerbates political bias and causes individuals to be less open to any reasoning or evidence that isn’t in line with their political leanings, and more open to information that bolsters one’s current views. This is known as biased assimilation of political information, and political scientists Liz Suhay and Cengiz Erisen of American University set out to find under what conditions and to what extent emotions such as anger exacerbate the effect.

They did this by conducting an online study of U.S. citizens to confirm previous findings that established politically biased assimilation as a real and robust phenomenon, and to test how emotional states contribute to it, with a special emphasis on the role of anger. Participants’ attitudes on a political topic were measured by exposing them to arguments that were either congruent or incongruent with their self-identified political affiliation, and asking them to evaluate, counter, or support those arguments. To understand the role of emotion in mediating biased assimilation, after exposure to each argument participants were asked to rate the extent to which they experienced nine emotions—three in the anger domain (angry, outraged, disgusted), three in the anxiety domain (anxious, nervous, worried), and three in the enthusiasm domain (enthusiastic, hopeful, proud).

The experiment was successful in replicating prior results supporting the existence of biased assimilation of political information. Additionally, the results showed, as predicted, that the emotion of anger was a significant mediator of politically-biased assimilation of information, such that it strengthened 1) the bias toward evaluating ideologically-congruent arguments more favorably than incongruent ones, and 2) the tendency to counter-argue ideologically-dissimilar arguments more than similar ones. These effects were found to be significant in both Republicans and Democrats, with no statistical difference between the two.

This confirmed their hypothesis, based on past research on emotion, that anger plays a unique role in biased assimilation because it “orients thinking and action toward defending the self (and allies) and attacking components.” Given the prevalence of anger amongst Americans today, these findings offer some important implications and insights.

President Trump routinely uses rhetoric that incites anger in Americans on both sides of the political spectrum. For his supporters, his anti-immigrant and anti-Muslim rhetoric instills them with anger towards their perceived enemies, while the same rhetoric enrages his critics, whose anger is directed at Trump himself for many of his unsupported claims and manipulative hyperbole. Additionally, Trump is constantly fueling anger towards the media and liberals whenever he feels he is being treated unfairly, which has become an almost daily occurrence.

In light of Dr. Suhay’s results, this suggests that both conservatives and liberals are experiencing greater biased assimilation of political information, which is presumably polarizing America further and making it even more difficult for the two sides to find common ground. Beyond being generally bad for the nation, such political tactics can politically benefit Trump by solidifying his base, and pushing his opponents toward more extreme political stances that are less popular with the average voter.

Given these new findings, Americans could all benefit from staying calm and collected rather than getting their feathers ruffled over Trump’s hateful messages and appeals to tribalism, as it directly affects our ability to reason and evaluate new information accurately. By exacerbating political bias and polarization, anger only feeds the beast. Better to be happy and hopeful, so that it may starve to death.

Millions of Americans could find themselves homeless starting Sunday when a nationwide ban on evictions expires, even as billions in government funds meant to help them go untapped.

The wave of evictions would come as the fast-spreading Delta variant has taken hold in the country and rental housing is in high demand in the hot real estate market.

Legal experts are cautiously weighing in on the bombshell news out of the U.S. House of Representatives Oversight Committee and The New York Times revealing how the former president, Donald Trump, pressured top DOJ officials to declare the election "corrupt" and help him overturn it.

NBC News and MSNBC Legal Analyst Glenn Kirschner, a former fed prosecutor, calls Trump pressuring the DOJ "evidence of an intent to overthrow the government," and asks what more will it take for him to be indicted.