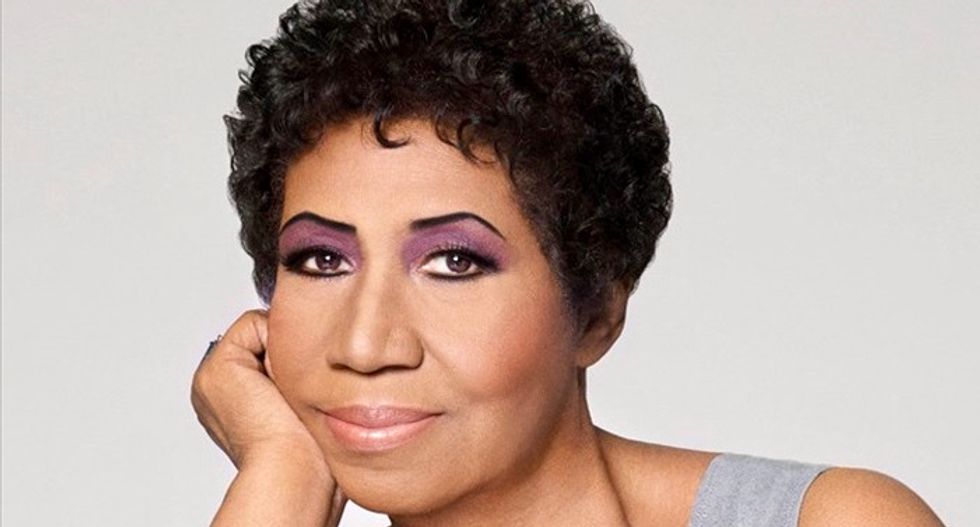 Music legend Aretha Franklin is gravely ill and reportedly receiving hospice care, friends of the singer said Monday, as prayers and well wishes poured in for the Grammy-winning "Queen of Soul."

The 76-year-old Franklin -- who influenced generations of female singers with unforgettable hits such as "Respect" (1967), "Natural Woman" (1968) and "I Say a Little Prayer" (1968) -- is said to be surrounded by her family and friends in Detroit.

Franklin has cemented her place in American music history with her powerful, bell-clear voice that stretched over four octaves. In her decades-long career, her hits spanned the genres, from soul to R&B, gospel and pop.

She was the first woman to be inducted into the Rock and Roll Hall of Fame in 1987. In 2010, Rolling Stone magazine put her at the top of its list of the 100 greatest singers of all time, male or female.

Franklin's declining health was first disclosed on the Showbiz 411 website late Sunday by Roger Friedman, a reporter and family friend. He wrote that she was "gravely ill in Detroit. The family is asking for prayers and privacy."

Evrod Cassimy, a local television journalist for WDIV who also described himself as a friend of the singer, said he spoke with the legend Monday morning and she was "with close friends and family, resting."

"I've been speaking with her family members," Cassimy said during a newscast. "They have not only asked for prayers during this time, but they have also asked for their privacy."

Robert Smith, the current pastor at the New Bethel Baptist Church in Detroit where Franklin's father was the reverend, told AFP that Franklin's representatives asked him Monday to "keep praying for her."

"Everybody's fearful," Smith said. "I really don't know what it would be like not to have her."

Artists from across the musical spectrum offered well wishes to the legendary singer who has lived in Detroit -- the Motor City, home of Motown -- most of her life.

AFP / JEFF KOWALSKYDetroit named a street after Aretha Franklin, one of the Motor City's most famous residents

"My prayers are with Aretha Franklin and her family during this difficult time," tweeted rapper Missy Elliott. "We MUST CELEBRATE the Living Legends while they are here to see it. So many have given us decades of Timeless music."

Boy George said: "This is sad news. Aretha Franklin, what a voice."

Franklin -- who is widely known by only her first name, in true diva style -- rose from singing gospel in her father's church to regularly topping rhythm and blues and pop charts in the 1960s and 1970s.

Beyond "Respect," her powerful cover of the Otis Redding tune that became her calling card, Franklin had dozens of Top 40 singles, according to the Rock and Roll Hall of Fame.

AFP/File / ROBYN BECKSinger Aretha Franklin performed at the inaugurations of two US presidents including for Barack Obama in 2009, as shown here

Her style influenced singers from pop diva Mariah Carey and the late Whitney Houston -- whose mother was a backup singer for Franklin -- to Alicia Keys, Beyonce, Mary J. Blige and Amy Winehouse.

"You know a force from heaven. You know something that God made. And Aretha is a gift from God," Rolling Stone said of Franklin in its list of greatest singers of all time.

She won 18 Grammy awards, including one for lifetime achievement, and sang at the inaugurations of two presidents -- Bill Clinton and Barack Obama.

In 2005, Franklin was awarded the Presidential Medal of Freedom -- the highest award for an American civilian -- by then-president George W. Bush.

In 2010, she suffered serious health problems, but continued to perform until late last year, singing last in November 2017 for the Elton John AIDS Foundation in New York. That same year, Detroit named a street after her.

Standing outside the Motown Museum in Detroit on Monday, Linda Laura-Culbreath told AFP that Franklin had influenced a generation of women who were empowered by her songs.

"We all were blessed with pure talent," said the 53-year-old musician, who was visiting from Milwaukee.