Racism expert drops mic on GOPers who were monsters before Trump: 'We need to call them for who they are' 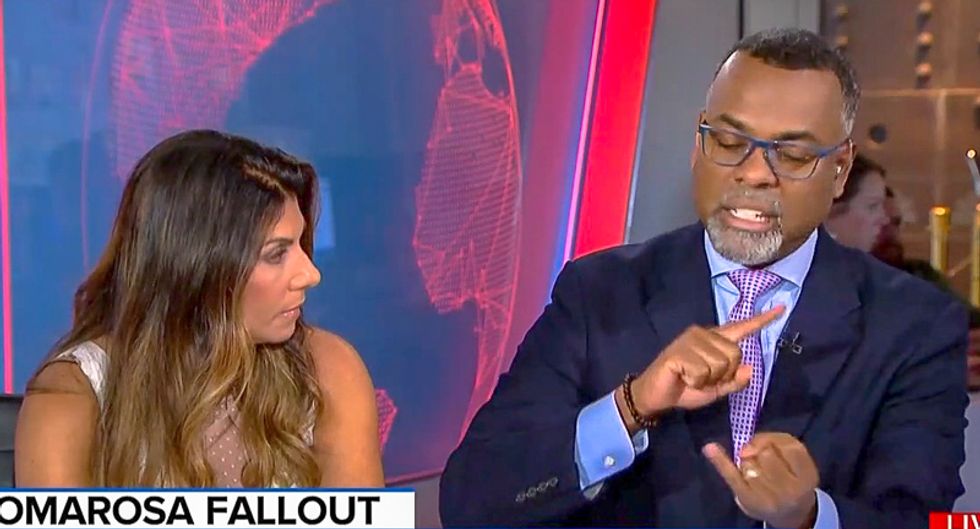 MSNBC host Stephanie Ruhle argued on her Wednesday show that many Trump supporters would not turn against the president if he was caught on tape using the N-word.

"No matter what President Trump said or if there's a tape, I don't think that anyone who voted for him last time is going to change their vote," Ruhle said. "For all of those good GOP members who have been family values Republicans their whole lives, now they are sleeping in the swamp with reprehensible creatures."

"I don't want to give Trump too much power," Glaude replied. "What he done is he's provided an occasion for people to show who they are. He's not created all of these folks. He's not the cause or the reason why people are indecent, he's just given them an occasion to be indecent."

"He's given us license," Ruhle agreed.

Pointing to a speech from Dr. Martin Luther King, Jr., Glaude complained that "folks don't give a damn about justice."

He concluded: "If that's what they want then we need to call them for who they are! We need to say who they are and they are not simply the result of Donald Trump. They are who they are."