Racist couple held black man on the ground and threatened to run him over with their truck: police 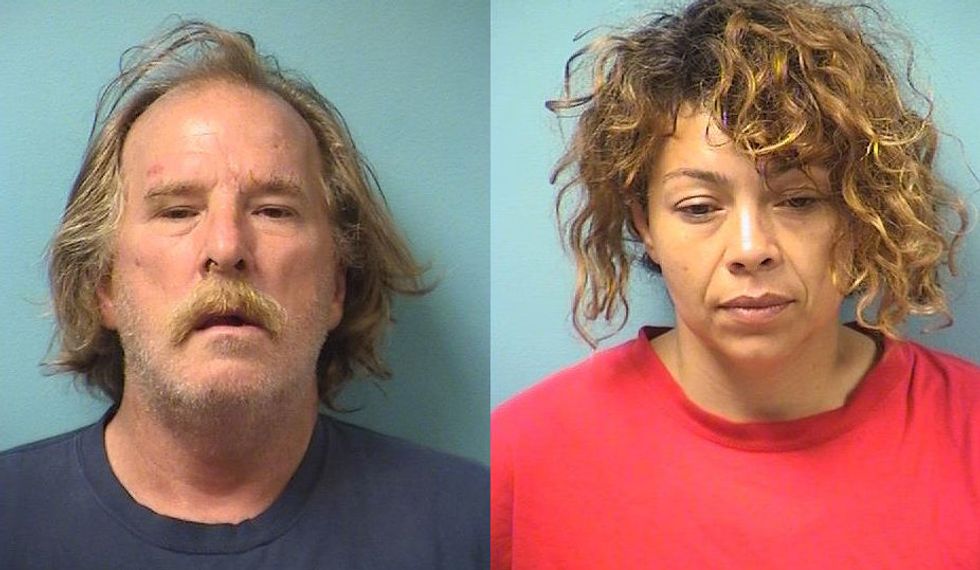 A black man who was picking up a fan in a neighborhood of St. Cloud, Minnesota found himself getting assaulted by a racist couple who hurled racial slurs at him and threatened to run him over with their truck.

Local radio station KNSI reports that 58-year-old Aaron Charles Stevens and his 41-year-old girlfriend, Myrna Angelica Alanis, emerged from their home after they saw a black man had parked his car in their neighborhood.

Police say Stevens threw a bottle at the black man, which wound up cutting him when it hit him in the face. Stevens then started yelling racial slurs against the man while telling him to get off his property.

Stevens then "charged at the man with a large tie strap with metal hooks," KNSI reports, while urging Alanis to get in his truck and run the man over. She then proceeded to get in the truck and rev its engine while Stevens held the black man on the ground.