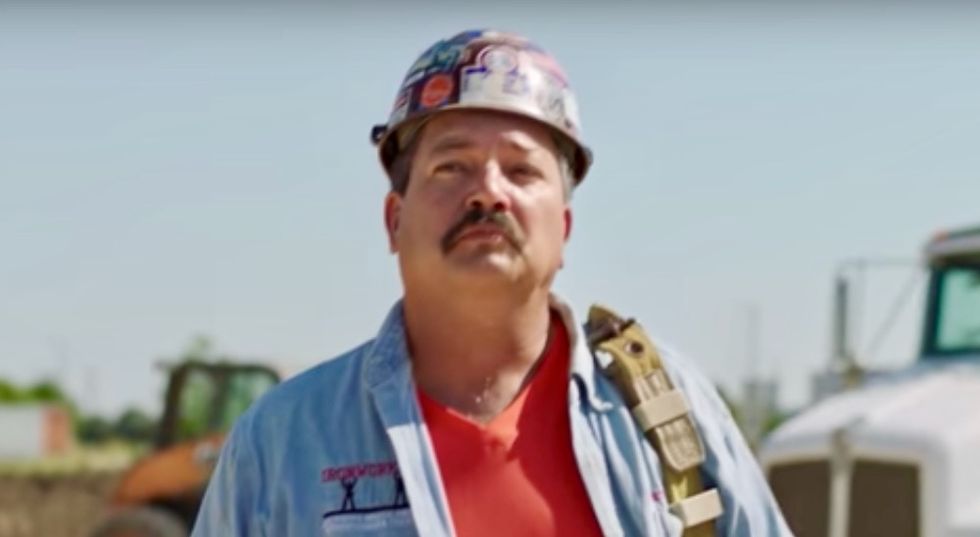 The union-loving ironworker, who eagerly set out to beat Rep. Paul Ryan (R-WI) has prevailed in the Democratic Primary Tuesday.

While Ryan is no longer running for reelection, Bryce has adopted populist policy positions endorsed by Sen. Bernie Sanders (I-VT).

The Cook Political Report ranks the seat "Lean Republican," anticipating the Republican in the seat will win by 5 points. Hillary Clinton lost the Wisconsin district by 11 points in the 2016 election and former President Barack Obama lost it by 5 in 2012.

The surge of Democratic voters expected in 2018 could help Bryce prevail if Republican turnout is suppressed.

"Thank you," Bryce tweeted Tuesday night after the race was called. "Can't even begin to express the gratitude I feel right now. I'm honored to accept the #Democratic nomination for Congress in #WI01."

His speech can be seen below: