Reactions to the death of U.S. Senator John McCain 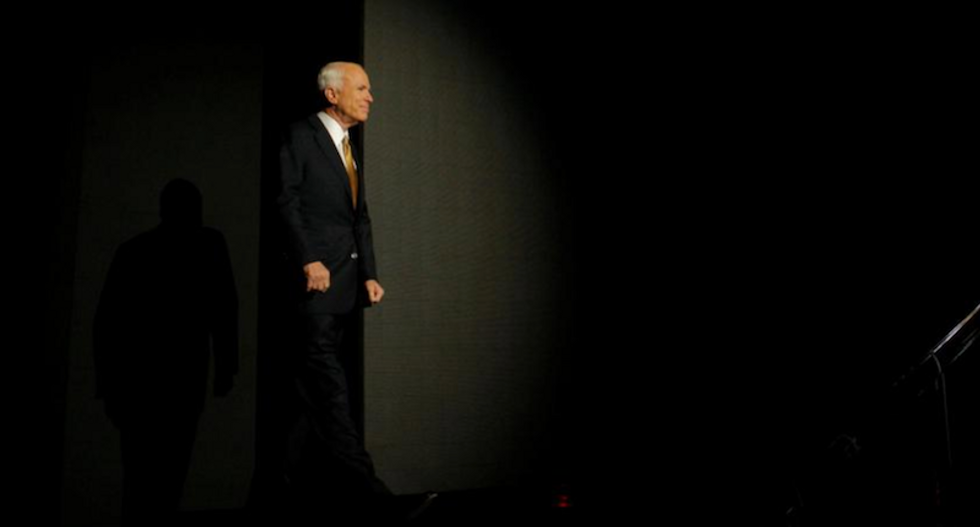 John McCain, a former prisoner of war in Vietnam who served as U.S. senator from Arizona for more than three decades, died on Saturday at the age of 81.

Below are some of the reactions to his death:

“In an era filled with cynicism about national unity and public service, John McCain’s life shone as a bright example. He showed us that boundless patriotism and self-sacrifice are not outdated concepts or cliches, but the building blocks or an extraordinary life.”

“Few of us have been tested the way John once was, or required to show the kind of courage that he did. But all of us can aspire to the courage to put the greater good above our own. At John’s best, he showed us what that means. And for that, we are all in his debt. Michelle and I send our most heartfelt condolences to Cindy and their family.”

“Some lives are so vivid, it is difficult to imagine them ended. Some voices are so vibrant, it is hard to think of them stilled. John McCain was a man of deep conviction and a patriot of the highest order. He was a public servant in the finest traditions of our country. And to me, he was a friend whom I’ll deeply miss.”

“As a POW, John endured the worst of what human beings can do to one another. In politics, he fell short of his greatest ambition. At the end of his life he faced a cruel and relentless disease. And yet through it all he never lost sight of what he believed most: Country First. And the spirit that drove him was never extinguished: we are here to commit ourselves to something bigger than ourselves.”

“John McCain is one American who will never be forgotten. He was a giant. An icon. An American hero. But here at home, we were most proud to call him a fellow Arizonan. Like so many of us, he was not born here, but his spirit, service and fierce independence shaped the state with which he became synonymous.”