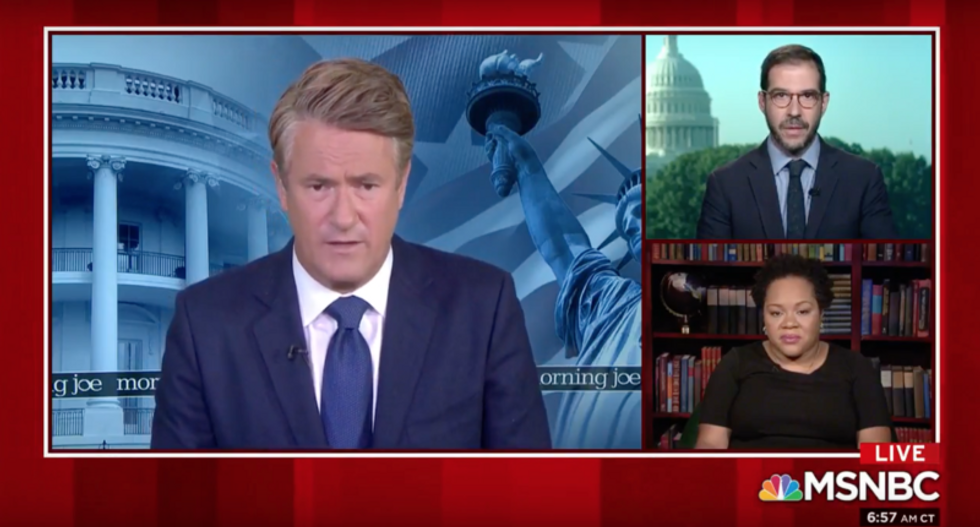 "People thought that when they came in with the new administration, they were going to be able to institute their policies," Entous told host Joe Scarborough. But "they saw a wave of leaks and they saw a wave of criticism" which ultimately "fueled fever dreams, it fueled conspiracy theories on all sides."

Entous said the memo, which detailed an alleged effort led by the former president's deputy national security adviser and others to sandbag the new administration at every turn, "is really a window into the psychology of people who were working in that very divided White House at that time."

PBS White House correspondent Yamiche Alcindor jumped in, pointing out that Trump "circled back" to the so-called conspiracy earlier this week. "This is a president that has been openly talked about conspiracy theories," she said. "The fact that he had that interview with Fox News where he used air quotes to talk about the department of justice, this is someone that has been questioning whether or not the United States and the people who work for him are, in fact, part of his deep state conspiracy theory."

Alcindor added that it's not just Trump that believes this story. "I was out in West Virginia this week. There were so many people, voters, supporters of President Trump who believe that there is some sort of calculated effort to undermine his presidency. And there's this idea that people are really feeding into this."

The conspiracy was driven, Entous said, by those who wanted the president's ear or a position in his administration. "They fueled his sense of encirclement which he already felt. So this played into his conspiracy theories which he propagated on his Twitter account about Trump Tower being tapped."

"Everyone was feeding into these theories," Entous said. "You can sort of, again, understand a little bit about why they got to this place."