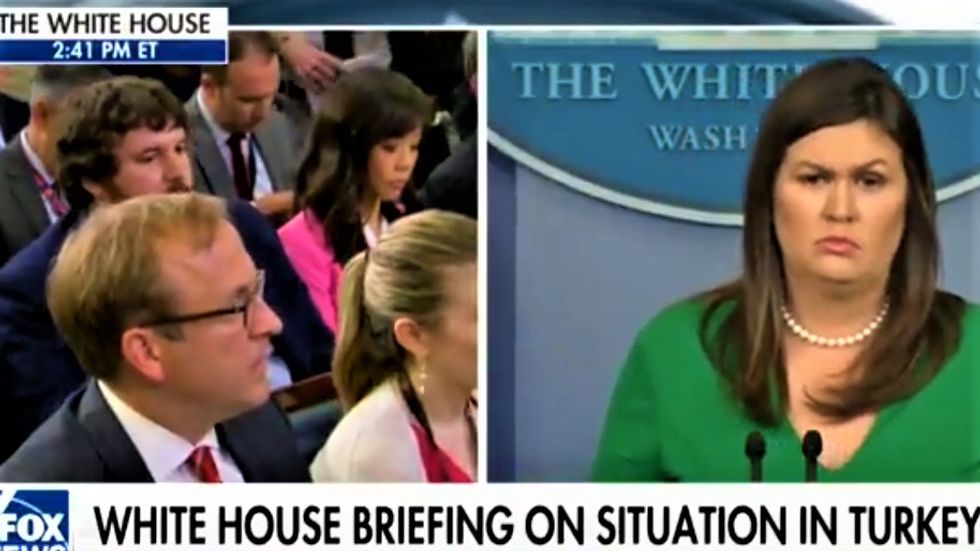 Bloomberg reporter Justin Sink on Wednesday blew up the justification being used by the Trump administration to revoke the security clearance of former CIA Director John Brennan.

During a press briefing with White House Press Secretary Sarah Huckabee Sanders held in the wake of the announcement of revoking Brennan's clearance due to his "erratic" criticism of President Donald Trump, Sink pointed out that the administration made a list of people in addition to Brennan who could lose their security clearances -- and that it didn't include a former Trump administration official who had already pleaded guilty to lying to FBI agents.

"The reason people would say this argument strains credibility is there's obvious examples, even from this administration," he said. "Your former national security adviser admitted to lying to the FBI. Why is this only a list of Democrats who have been critical of the administration, and why should Americans have confidence that you are taking this seriously if there's not a single Republican on that list?"

"Again, we would certainly look at those if we deemed it necessary, and we'll keep you posted if that list gets updated," she said.