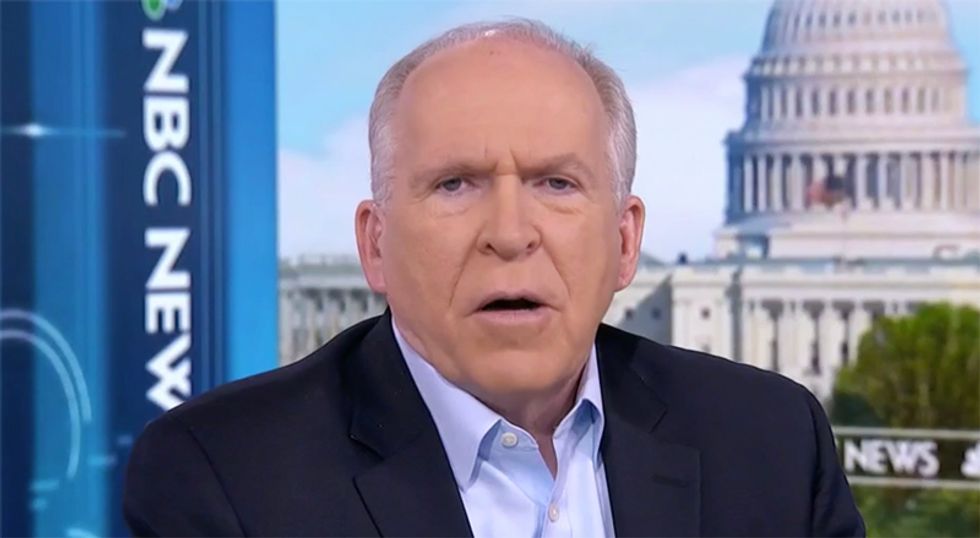 Brennan, who was director of the U.S. Central Intelligence Agency under Trump’s predecessor, Democratic President Barack Obama, has been a sharp critic of Trump, frequently appearing on cable television news shows to attack his foreign policy positions.

Trump’s statement said Brennan had engaged in “increasingly frenzied commentary” and abused his access to classified information by using it to “sow division and chaos.”

“At this point in my administration, any benefits that senior officials might glean from consultations with Mr. Brennan are now outweighed by the risks posed by his erratic conduct and behavior ... That conduct and behavior has tested and far exceeded the limits of any professional courtesy that has been due to him,” Trump said.

The move against Brennan came a day after the former CIA director denounced Trump in a tweet for his criticism of Omarosa Manigault Newman, the former White House aide who wrote a book critical of the president.

“It’s astounding how often you fail to live up to minimum standards of decency, civility, & probity. Seems like you will never understand what it means to be president, nor what it takes to be a good, decent, & honest person. So disheartening, so dangerous for our Nation,” Brennan wrote.