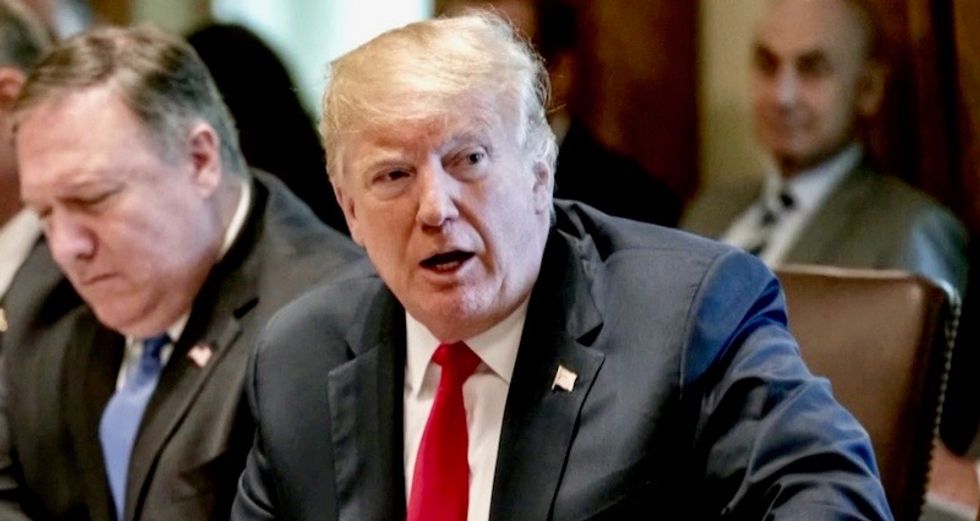 President Donald Trump has said that he revoked the security clearance of former CIA director John Brennan because of his comments on the investigation into Trump's collusion with Russia during the 2016 election.

In the case of Trump's retaliation against Brennan, who is retired, there is not yet a lawsuit or investigation.

However, Trump is now reportedly making plans to target other current and former officials. And that could lead him straight into a legal morass, according to former federal prosecutor Elie Honig.

Appearing as an analyst on Brian Williams's MSNBC show, Honig explained that retaliating against a witness be a federal offense.

"The revocation of Brennan's security clearance is a new angle here, and I think the president is getting into even more dangerous ground," he said. "I think we're all familiar with the concept of obstruction of justice. But what I don't know that everybody understands is that it's also a crime to retaliate against someone who is a witness."

Brennan is probably not a witness, Honig said, but someone like former FBI director James Comey certainly isa "crucial witness."

"Its is a federal crime, §1513 if anyone wants to look it up, to retaliate against someone for providing truthful information to law enforcement," he said. "So he's getting closer and closer to really dangerous ground here. "