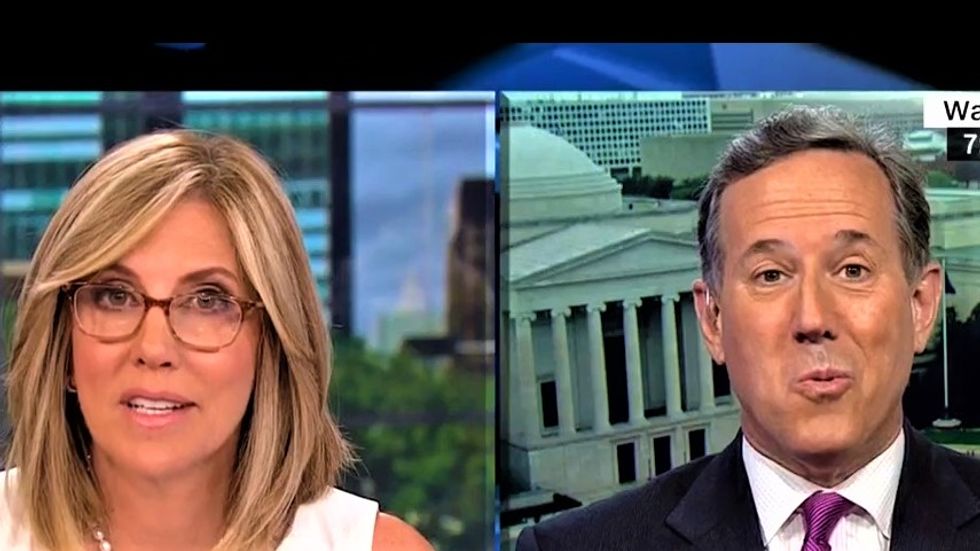 Former Republican Senator Rick Santorum on Tuesday tried to accuse special counsel Robert Mueller of leaking information about his investigation -- but he was quickly cornered by CNN's Alisyn Camerota.

During a discussion on the Mueller probe, Santorum tried to argue that Mueller and his team had yet to produce any hard evidence linking the Trump campaign directly to efforts by Russian hackers to disrupt the 2016 presidential election.

Camerota, however, pointed out that the probe isn't close to being finished yet -- but Santorum said that if any real evidence of collusion existed it would have already been leaked out.

"This is not an investigation in which leaks have been rare," he said.

"I'm not suggesting where the leaks come from," he admitted. "But there are leaks of all the things that are going on within that investigation."

Santorum then said the only hard evidence of collusion was the infamous Trump Tower meeting that Trump campaign officials had with a Russian lawyer in an effort to get damaging information on Hillary Clinton.

Camerota pounced on him for dismissing this event as not a big deal.

"That doesn't concern you that somebody with Kremlin connections is infiltrating Trump Tower?" she asked.