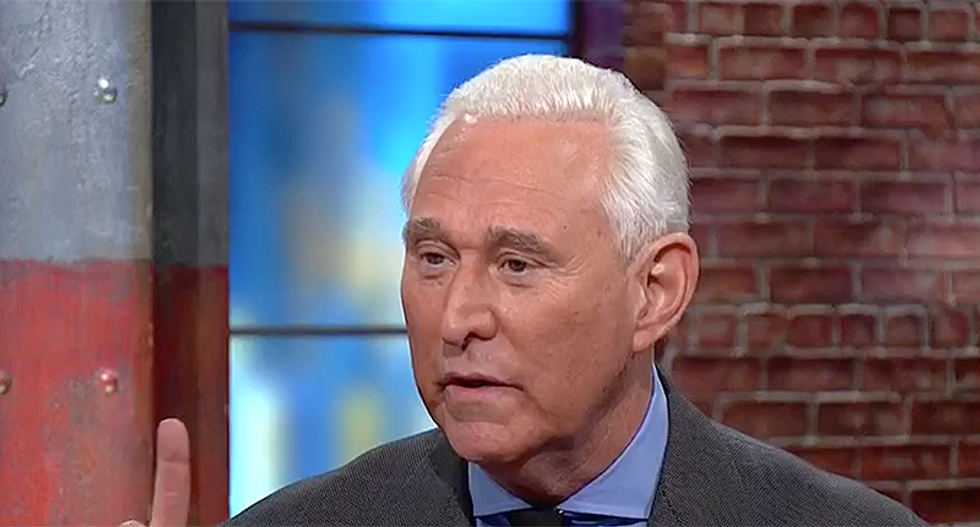 President Donald Trump ally Roger Stone is trying to stay one step ahead of the news. Stone, who advised the president for more than 30 years, said that someone is spreading fake news about him.

"Someone is pushing a fake news story, first in the New York Time and then in The Washington Post," Stone said in a video posted on Twitter.

Stone claimed that someone told investigative journalist Ronan Farrow, that they overheard a conversation that he had with Trump.

"Someone is saying that they overheard a conversation, in which I told Donald Trump in October of 2016 that I knew what was in the Wikileaks disclosures and when they would be disclosed," Stone said.

Also, Stone sent out an email raising funds from his supporters claiming that he was "next" on special counsel Robert Mueller "hit list."