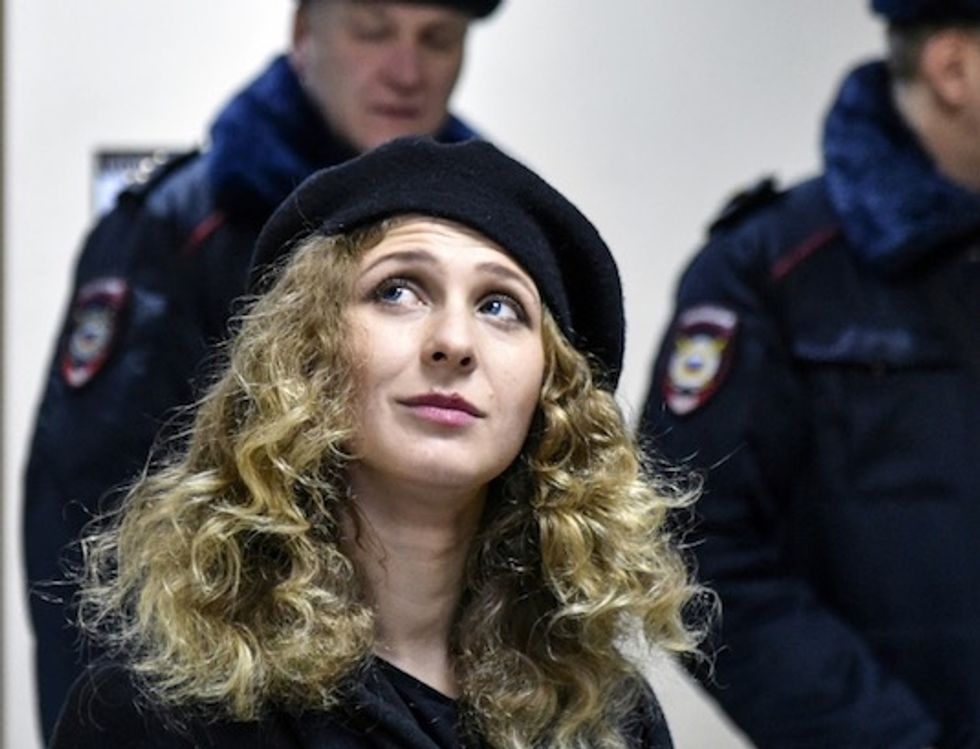 Maria Alyokhina, who served a jail sentence for a performance in a Moscow church, has since carried on political activism, most recently protesting in Moscow this week against mistreatment of prisoners AFP/File / Vasily MAXIMOV

Russian security services on Wednesday prevented Maria Alyokhina of punk protest group Pussy Riot from flying out of the country to perform at a top arts festival, she said.

Alyokhina wrote on Facebook that as she was about to depart from Moscow to perform a theatre show based on her book at Britain's Edinburgh Festival, "at the airport the guys from the FSB border service told me that I'm barred from leaving the country."

At passport control, a border guard said her documents needed extra checks and then an FSB officer told her she was on a no-fly list, she told the Mediazona website, which reports on political prisoners.

She is apparently barred from leaving Russia because she has failed to carry out 140 hours of community service, Russian news agencies reported, citing sources in law enforcement bodies.

In July a Moscow court fined her 400,000 rubles ($6,200) for failing to carry out community service sentences handed out for two protests, against security services and the blocking of Telegram messenger service.

The crackdown comes after Pussy Riot members invaded the pitch at the World Cup final last month in what they called a political protest. This led to 15-day sentences for four members. Alyokhina did not take part.

Her show Pussy Riot: "Riot Days" is set to open at the Fringe in Edinburgh on Friday and run to August 19.

The Pussy Riot member, who served a jail sentence for a performance in a Moscow church, has since carried on with her political activism, most recently protesting in Moscow this week against mistreatment of prisoners.