Russian oligarch tweets threat to Trump: This ‘will be his last term’ if he doesn’t ‘extinguish Russophobia’ 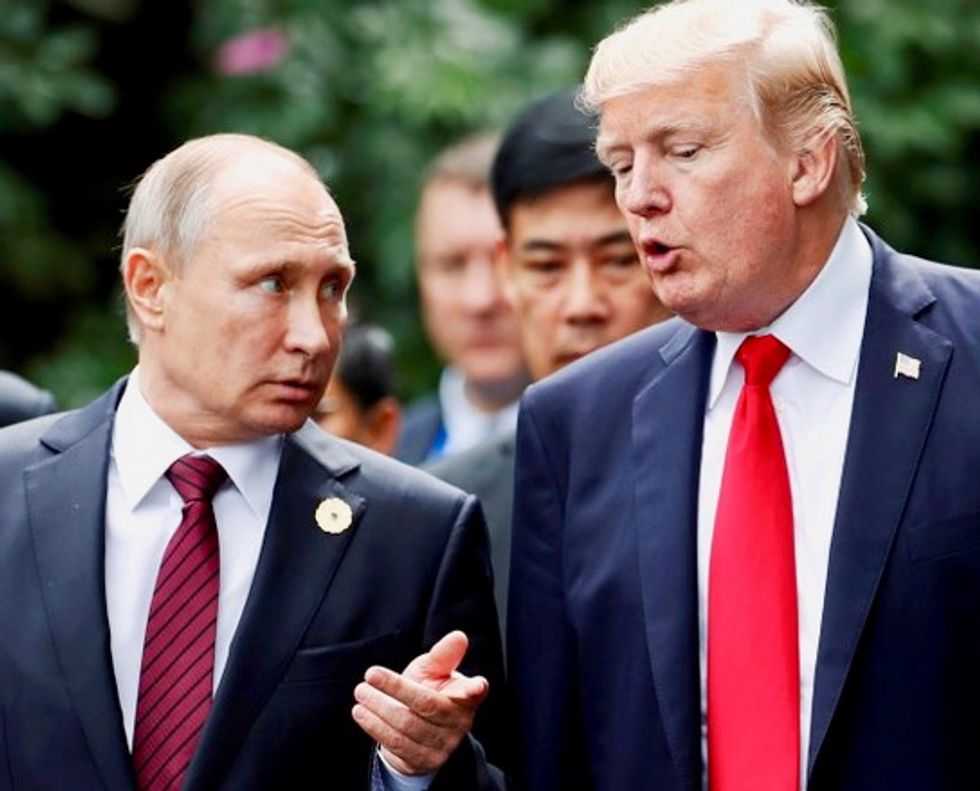 Artem Klyushin, a Russian billionaire who serves as a government advisor to the Kremlin, tweeted a clear message for President Donald Trump on Thursday.

The Russian billionaire has claimed that he put President Trump in the White House. He also recently warned several Trump critics who the president has targeted for revocation of security clearances.

The Russian official warned Trump to stop encouraging a culture of fake news that spreads "Russophobia."

"Democrats and Republicans in the United States compete in the one who no longer loves Russia and who will come up with crueler sanctions. They stuff political points on this, and the people of Russia suffer. If Donald Trump does not extinguish the fire kindling FAKE NEWS Russophobia - it will be his last term," Klyushin wrote according to Microsoft and Google translation applications. [sic]

President Trump has continuously attacked the media. So much so that the United States Senate banned together to protect journalists against the president's remarks in a new resolution.