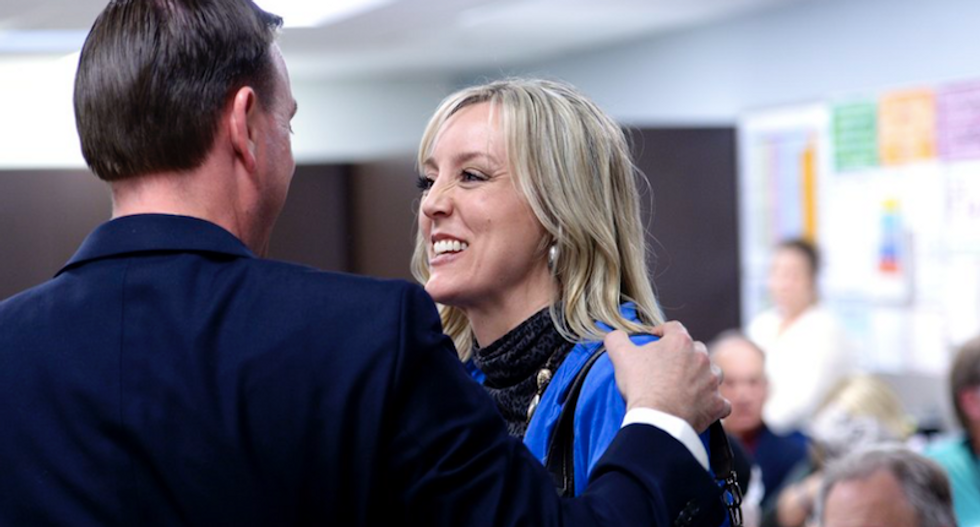 On Tuesday, Salt Lake County voted to institute a measure that will help boost women and people of color starting businesses. The measure passed 5-3, reports the Salt Lake Tribune.

“We’re going to allow that opportunity for them to get that contract just because of our belief that those are the types of businesses that are historically disadvantaged through government procurement,” said County Councilman Arlyn Bradshaw.

“And that’s not going to change with this preference, but I think it’s a small step in the right direction.”

But not everyone was happy with the council vote. One councilwoman saw the ever-threatening specter of discrimination again white men.

“We should not discriminate for or against someone based on their skin color and gender,” Council Chairwoman Aimee Winder Newton said at the meeting, according to the Tribune. “As we spend taxpayer dollars, we should be looking at who can perform the best service. I don’t believe gender and race should ever be the deciding factor as we choose who to do business with.”

She outlined the ramifications of the measure.

“If you are a white male business owner who wants to do business with Salt Lake County, you could lose the bid to a woman- or minority-owned business — even if you are the lowest bidder/most qualified,” she wrote in a Facebook post after the vote.