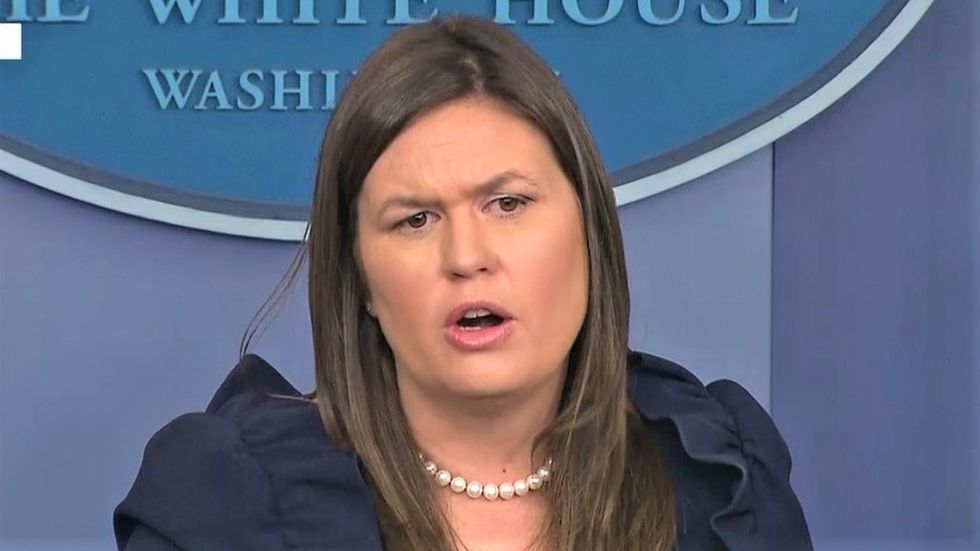 White House Press Secretary Sarah Huckabee Sanders on Wednesday dismissed the fact that President Donald Trump had hired multiple convicted felons who have worked either for his administration or as part of his presidential campaign.

When one reporter asked Sanders about whether Trump broke his promise that he would only hire "the best" people to work for him, Sanders shrugged it off by claiming that only a small percentage of the president's employees had been convicted of felonies.

"The president has employed thousands of people in his lifetime and had incredible successes, both in business and in public service," she said. "He's the president of the United States, I think he's doing quite well."