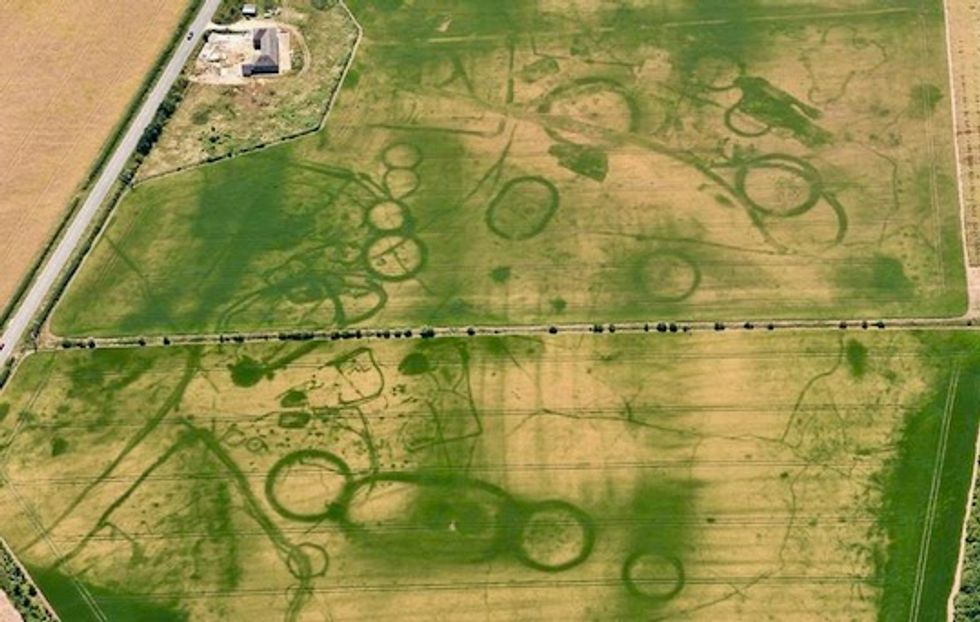 Britain’s hottest summer in decades has revealed cropmarks across the country showing the sites of Iron Age settlements, Roman farms and even Neolithic monuments dating back thousands of years, archaeologists said on Wednesday.

Cropmarks - patterns of shading in crops and grass seen most clearly from the air - form faster in hot weather as the fields dry out, making this summer’s heatwave ideal for discovering such sites.

Archaeologists at the public body Historic England have been making the most of the hot weather to look for patterns revealing the ancient sites buried below, from Yorkshire in the north down to Cornwall in the southwest.

“Each new site is interesting in itself, but the fact we’re finding so many sites over such a large area is filling in a lot of gaps in knowledge about how people lived and farmed and managed the landscape in the past,” he said.

The archaeologists are mapping the sites to determine the significance of the remains beneath and how best to protect them. While some may be significant enough to merit national protection from development, local authorities or farmers may be left to decide what to do at other sites.

“We’ll hopefully get the help of farmers to help protect some of these undesignated sites,” Grady said.