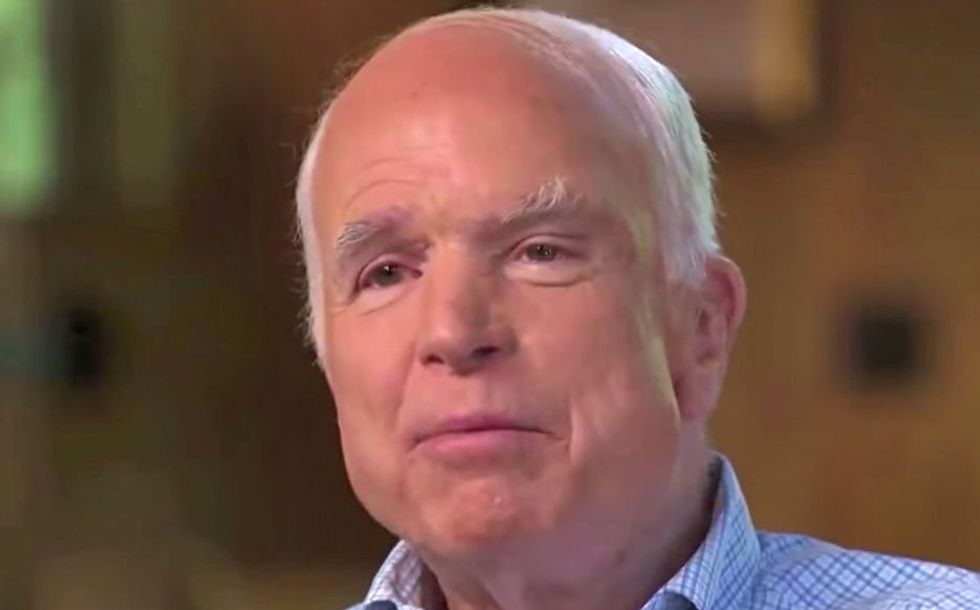 The body of John McCain, who endured 5 1/2 years as a prisoner of war in Vietnam and went on to become a lion of the U.S. Senate and a two-time Republican candidate for president, will lie in state on Wednesday in the Arizona state capitol.

The daylong public viewing of his casket was due to kick off five days of memorial tributes in Phoenix and Washington for McCain, who died on Saturday at his ranch in Cornville, Arizona, from brain cancer. He was 81.

Wednesday’s observance was to open with a private ceremony inside the Rotunda of the Arizona statehouse, after which members of the public were invited to pay their respects from 2 p.m. until 8 p.m. local time.

McCain is only the third individual so honored in Arizona’s state capitol over the past 40 years, organizers of the ceremony said. The two others were state Senator Marilyn Jarrett in 2006 and Olympic gold medalist Jesse Owens, a Tucson resident, in 1980.

A memorial service, to be attended by family, friends, political leaders and other dignitaries, is scheduled for Thursday at the North Phoenix Baptist Church. McCain’s body will be flown afterward to Andrews Air Force Base outside Washington.

His body will then lie in state on Friday at the U.S. capitol for another memorial ceremony and public viewing, to be followed on Saturday by a funeral service at the Washington National Cathedral.

McCain, who parlayed his status as a Vietnam War hero into a decades-long political career, served two terms in the U.S. House of Representatives before he was elected to the Senate in 1986.

His family has said that the senator, who frequently battled publicly with U.S. President Donald Trump, did not want the president to attend his funeral.

On Sunday, McCain is to be buried in a private ceremony at the U.S. Naval Academy in Annapolis, Maryland, where he graduated as a U.S. Navy officer in 1958 before going on to become a fighter pilot.

McCain, the son and grandson of Navy admirals, will be laid to rest beside his Naval Academy classmate and lifelong friend, the late Admiral Chuck Larson, organizers said.

The memorial tributes followed a few days of confusion at the White House over whether American flags at U.S. government buildings would be flown at half-staff, in the traditional gesture for prominent political figures who die.

The White House initially lowered its U.S. flag to half-staff on Saturday, raised it back up, and on Monday lowered it again in an unusual break with protocol.

Trump also delayed the customary proclamation for flags to remain at half-staff longer than the two-day minimum. But under pressure from military veterans and members of Congress, Trump finally issued a statement on Monday saying he respected McCain’s service to the country and had ordered flags to half-staff.