Seth Meyers: It's taking Omarosa 14-years but she is finally getting revenge for Trump firing her in season 1 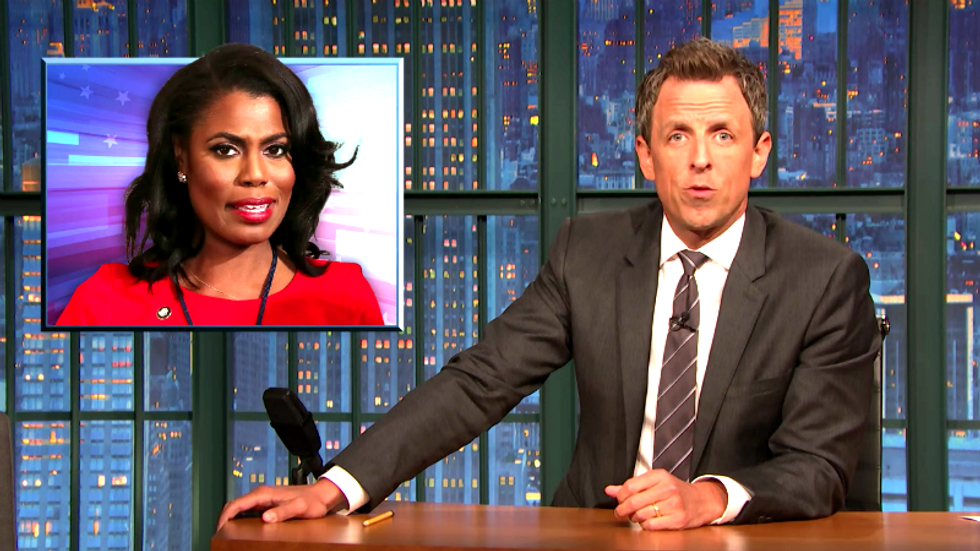 Meyers joked that after all of President Trump's scandals the former reality star would be the one to take him down.

"The person who could end up taking down the President of the United Stated is Omarosa. It took her 14-years, but she is finally getting revenge for Trump firing her on season one."

"Trump has surrounded himself with grifters and con-artists, and now that it's coming back to haunt him he's trying to grift his way out of it," Meyers said. "It's the first rule of Trumpism: Everyone is grifting everyone else, and everyone eventually turns on Trump."

He explained that Newman is only the latest example.

"So, after Trump's praise of Vladimir Putin, his Attorney General's meetings with Russia, his campaign chair's money laundering, his deputy campaign chair's tax fraud, his personal fixer's shell company, his national security advisor's lies to the FBI, his son's attempt to get dirt from a foreign adversary, and his son-in-law's secret back-channel with that adversary -- the person who could end up taking down the president of the United States is Omarosa," he closed.