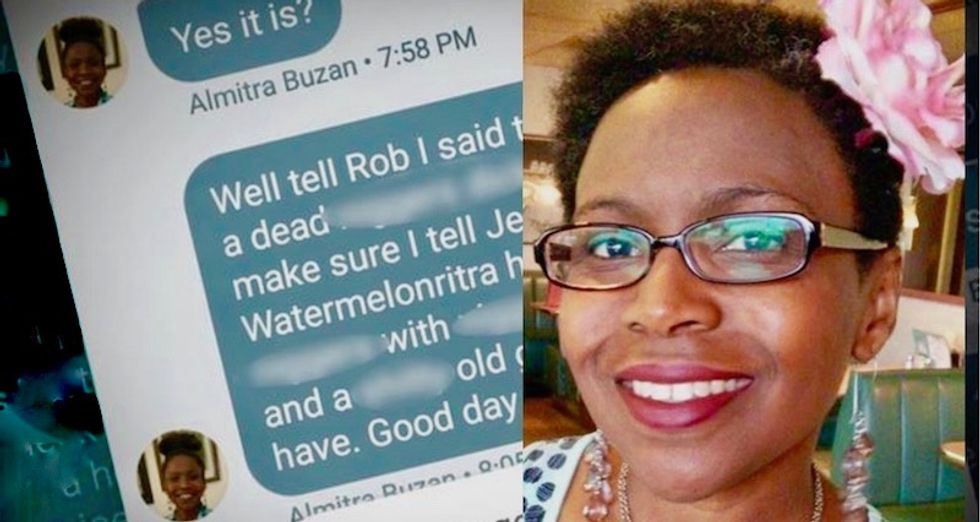 Almitra Buzan and her husband, Robert, had visited a Sprint store in Lee's Summit, Missouri because the wifi wasn't working properly.

After the couple left, a white man who workers described as "unsavory" came to have a specific number applied to his phone.

The man responded by sending a torrent of violent racist threats.

"Tell Rob I said to suck a dead N*gger's d*ck," read one message.

“Well f*ck that little c*nt Jenni I’ll make sure I whoop her little a** real good ok granny? Will that make you feel better?” read another.

Even more disturbing for Buzan was the fact that the violent racist threats were appearing to come from her phone.

"How's this coming from my phone? My phone's in my hand," she told a local TV station.

In response, a customer support representative offered them a credit for the three hours Almitra’s phone was out of service because the man had her number. A supervisor didn't even say they were sorry, she said. Ultimately, they received a "best and final offer" of a $532 credit.

Spring has not said what they have done to the man who sent the harassing texts or discussed what precautions were taken to protect the information he may have been able to get off her phone.