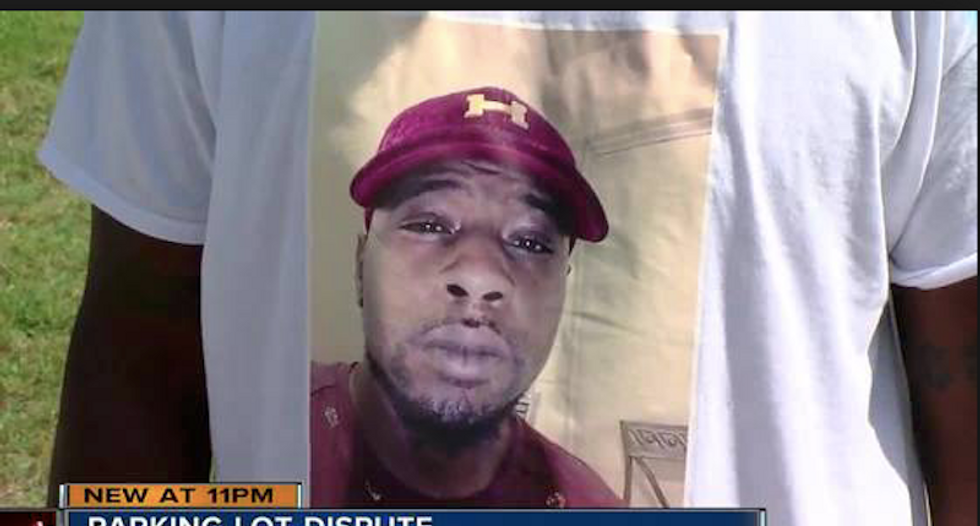 On Thursday, the family of Markeis McGlockton grieved their son's untimely death and continued to ask why Michael Drejka, the white man who killed him in a road rage incident, seem to think he could take their son's life with impunity. As the community reels from yet another young black man getting gunned down, they're also asking why no one has been arrested.

His father blamed the state's stand your ground laws.

"The guy has problems. It seems like he thinks that he is above the law. He thinks that he’s a vigilante cop or something," his father, Michael McGlockton, 46, told the Tampa Bay Times. He told the paper he gets why stand your ground laws exist, but aren't worth it, given the toll they're taking on the black community.

"It’s not worth it," he told the Times. "At the end of the day, when I look at my community, it’s too many of my black kids dying behind the same law, and we get no justice from it at all."

The academic literature on stand your ground laws suggests that they are racially biased across the board—if not downright racist.

In "Race, law, and health- Examination of ‘Stand Your Ground’ and defendant convictions in Florida" published in the Journal of Social Science and Medicine, biostatisticians and criminal justice experts found disturbing racial disparities in how justifiable homicide laws were applied in Florida.

They found that, controlling for variables like gender and the relationship between the victim and the perpetrator, the killer was twice as likely to be convicted if the victim was white than if they were a person of color.

"If the victim was white there was a two-fold increase the perpetrator would be convicted," Professor Keon Gilbert, who helped author the study, tells Raw Story. Their findings comport with earlier work that used FBI data to depict the problem on a national level.

"I think we expected this pattern based on other studies and really just conversations happening around this at the time," says Gilbert.

"One of the reasons is really the existence of these laws and the way they are written. They're written in a way where bias can be really easily introduced," he says. He points out that police might even be less likely to make an arrest, for fear that a justifiable homicide claim might make them liable in the future. Then there's racial bias among juries. "It creates a multi-layered problem."

The potential impunity opened by stand your ground laws makes for a powder keg.

"We have these racial conflicts daily in our country. Sometimes they lead to violence. In states like Florida people can claim they were defending themselves, were in fear for their lives and can kill someone without suffering the legal consequences."

The deadly encounter started when Drejka confronted his girlfriend over a parking spot. McGlockton, buying snacks in a convenience store, heard the argument and went outside. He pushed Drejka, who fell to the ground, then pulled out a gun and shot him dead.