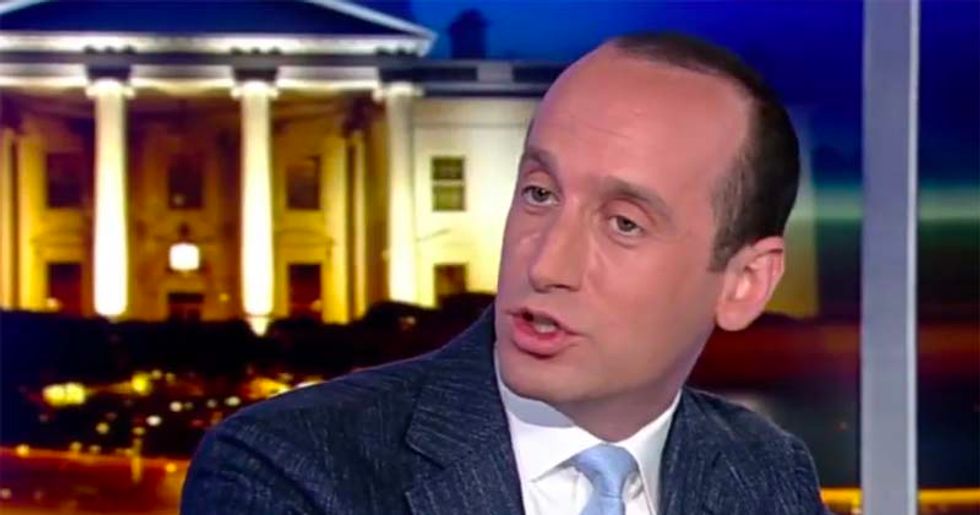 The uncle of Stephen Miller said the White House adviser and President Donald Trump are using Nazi-style tactics to dehumanize immigrants and minorities.

Dr. David Glosser, a retired neuropsychologist, denounced his nephew and the president as hypocritical bigots in an essay for Politico, describing how the families of both Miller and Trump had benefitted from immigration policies they want to end.

"I have watched with dismay and increasing horror as my nephew, who is an educated man and well aware of his heritage, has become the architect of immigration policies that repudiate the very foundation of our family’s life in this country," Glosser wrote.

The retired physician said his nephew and the president conjure "ghoulish caricatures" to whip up fear and hatred against immigrants and refugees like their own ancestors.

"Trump and my nephew both know their immigrant and refugee roots," Glosser wrote. "Yet, they repeat the insults and false accusations of earlier generations against these refugees to make them seem less than human."

Glosser compared their rhetoric to the hateful words that helped seed the Holocaust.

"Trump publicly parades the grieving families of people hurt or killed by migrants, just as the early Nazis dredged up Jewish criminals to frighten and enrage their political base to justify persecution of all Jews," Glosser wrote.

Glosser warned Miller that the right-wing extremists who support Trump and his policies would likely turn against him over his Jewish roots.

"I would encourage Stephen to ask himself if the chanting, torch-bearing Nazis of Charlottesville, whose support his boss seems to court so cavalierly, do not envision a similar fate for him," Glosser wrote.