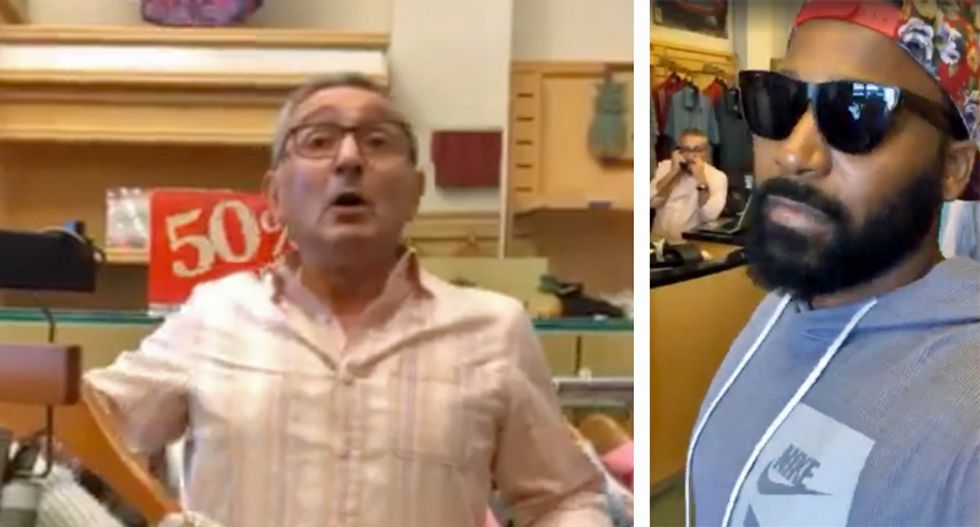 The northern California town of Sausalito is being urged to create a "zero tolerance" policy against racism after an incident caught on video went viral online, The Marin Independent Journal reports.

Anthony O’Neill, a black man, urged the government to act after Hooshang Seda, proprietor of Quest Casuals clothing store, called police on him while he was shopping with his wife, in-laws and six-year-old and four-year-old daughters.

O'Neill captured the incident with his cell phone camera. The video he posted to Facebook has been viewed over 300,000 times.

Now he says it is time for government action, saying, "there should be zero tolerance for bigotry or assumed racism.”

Sausalito, the setting of the 1967 Otis Redding song '(Sittin' On) The Dock of the Bay,' is a town of 7,000 north of the Golden Gate Bridge in Marin County.

O'Neill said he feared “that I would be publicly handcuffed and humiliated, tased or shot.”

Seda has denied he asked the family to leave because of racism.

“I had a problem with them allowing a 5-year-old and maybe 6-year-old kids to mess around with the merchandise that did not fit this age,” Seda said in a statement. “When I say messing around, I mean the kids are putting the garments ... on the floor and trying on adult beach hats.”

Local activists are considering holding a "vigil or demonstration" against racism.

“We need to have a broader conversation about racial inequity in Marin County,” Johnstone said. “It’s not an isolated incident — we will not remain silent.”

"We want to be an inclusive and welcoming community," Johnston added.

The Independent Journal reports that the store had been closed since Saturday. Raw Story attempted to reach the store during business hours on Friday, but nobody answered the phone.