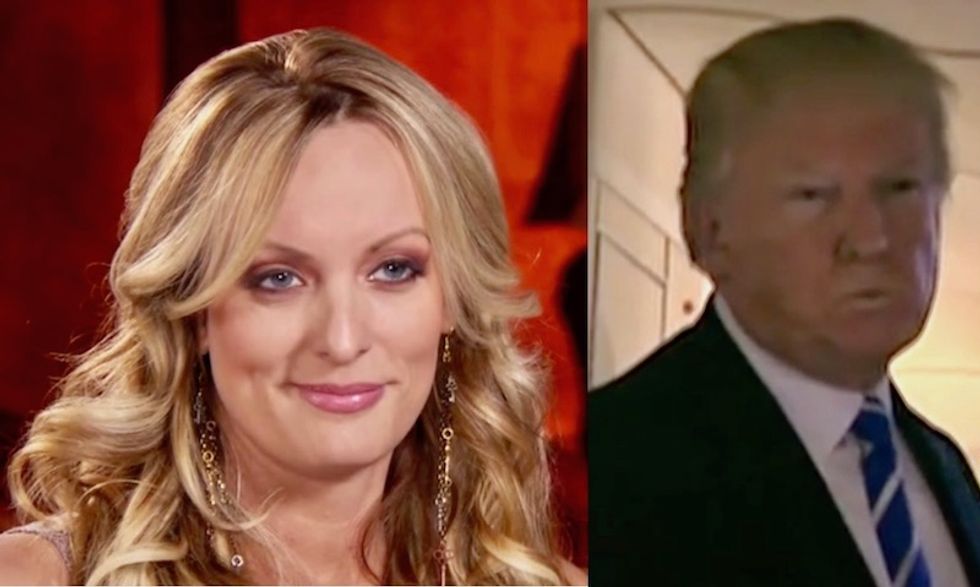 The latter is for a payment he made to Daniels to stop her from speaking out about her alleged affair with President Trump prior to the election.

It's apparent from the profile. In one exchange, Chozick asked Daniels to describe her alleged 2006 affair with the President, which he continues to deny.

“How many details can you really give about two minutes?” she deadpanned. When the reporter pressed for details, Daniels quipped, “Maybe. I’m being generous.”

The rest of the profile explains the dynamic between Avenatti and Daniels, describing their relationship as one of mutual respect and good rapport

"Avenatti, with his refrigerator-shaped jaw and overcaffeinated demeanor, can come off as Daniels’s macho protector. But up close their relationship is warmer and more equitable," Chozick writes.

"For all his cable-TV cockiness, Avenatti seems to admit that Daniels could outsmart him. (“She’s really fucking smart,” he will tell me at least three times.) Daniels clearly trusts and relies on Avenatti, but she also treats him like a lovable, well-meaning stepbrother who forgot to take his Ritalin."