Test your knowledge of these wild, weird and outright wacky American religious beliefs 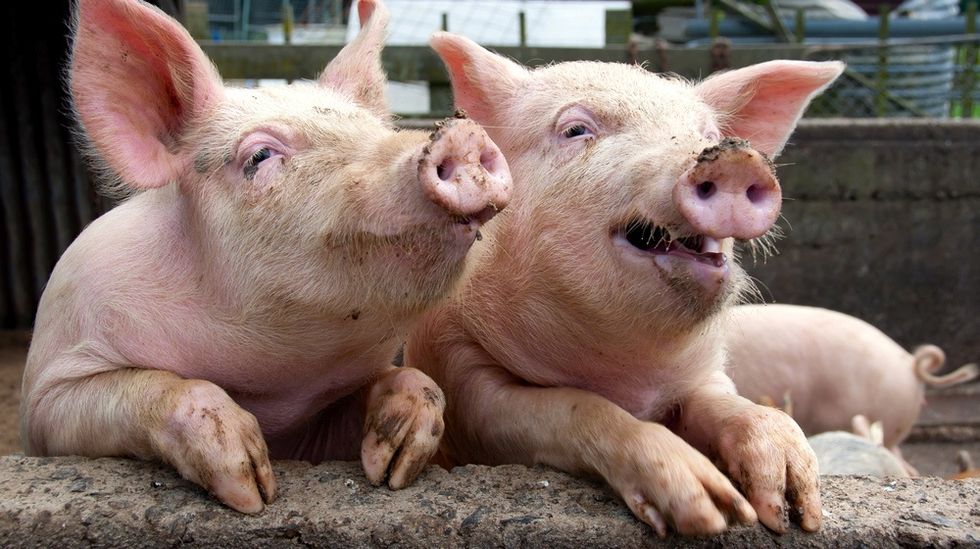 Americans in past generations lived in a sea of religion inherited largely from the Middle East by way of Europe, with home grown refinements. Most still do. When Americans venture off the continent, one of the things many find fascinating is the religious  beliefs they encounter. Some people worship flying monkeys, or magical big breasted dancers, or Prince Phillip.

From the outside, beliefs like these seem fantastical and unlikely. They played a key role in evoking such ethnocentric ideas as noblesse oblige and manifest destiny and white man’s burden.  But if we could see our own culture from an outside vantage point, as if we were travelers, the world might look a little different. Even one of the Bible writers pointed out that self-examination is the first order of business.  Why are you looking at the speck in your brother’s eye, he asked (to paraphrase), when you have a plank in your own?

So, how well do you know what your neighbors believe? How about the church to which your parents are quietly tithing away your inheritance? For that matter, how about the actual details of the creed to which you yourself give a nod?

All of the following beliefs can be found in your own back yard, still today. They have been long taught by religions that either are considered part of the Abrahamic mainstream or are home grown, made in the U.S.A., produced here and exported. Some of these beliefs are ensconced in sacred texts. Others are simply traditional. All, at one time or another, have had the sanction of the highest church authorities, and most still do.

How many of them can you match up with a familiar religious tradition? (The answers are at the bottom.)

Each of these beliefs is remarkable in its own way. But the composite goes beyond remarkable to revealing.  We humans are astoundingly susceptible to handed down nonsense. Human children are dependent on their parents for a decade or even two, which is why nature made children credulous. When parents say, eat your peas, they’re good for you, kids may argue about the eat your peas part but they don’t usually question the factual assertion about nutrition. When parents say Noah put all of the animals into the ark, it is the rare child who asks, Why didn’t the lion eat the guinea pigs?

Even as adults, we simply can’t afford to research everything we hear and read, and so, unless something isn’t working for us, we tend to accept what we are told by trusted authority figures. We go with the flow. Religion exploits this tendency by, among other things, establishing hierarchy and by ensuring that believers are in a certain mindset when they encounter religious ideas. A friend once gave me a button that said, Don’t pray in my school and I won’t think in your church. I didn’t really want to wear a button that said “I’m an arrogant jerk,” but the reality is that even the best of churches aren’t optimized for critical thinking. Quite the opposite. The pacing, the music, the lighting—all are designed for assent and emotion, for a right brain aesthetic experience, for the dominance of what Nobel prize winning psychologist Daniel Kahneman has called System 1 thinking, meaning intuition and gut feel rather than rational, slow, linear analysis.

Some of our ancestors were doing the best they could to understand the world around them but had a very limited set of tools at their disposal. It would appear that others were simply making stuff up. Mormonism and Scientology appear to fall in the latter camp.  But when it comes to religious credulity, the difference matters surprisingly little. For example, Mormonism is more easily debunked than many other religions, because it makes so many  historically wild claims, and yet it is also one of the fastest growing religions in the world proportional to its membership. Wild claims matter less than whether a religion has viral characteristics like promises, threats, funding structures, and copy-me commands and a certain kind of cognitive structure.

But apart from those viral characteristics, the thing that makes fantastical claims believable is plain old familiarity. We find it easy to dismiss the wild beliefs of people in other times and places and even startling claims made by our neighbors, but those that  we’ve been exposed to since childhood seem not so far out. Virgin birth? Water turning into wine? A fig tree shriveling on the spot? Dead people getting up out of their graves and walking around?  Beware of the plank in your own eye.