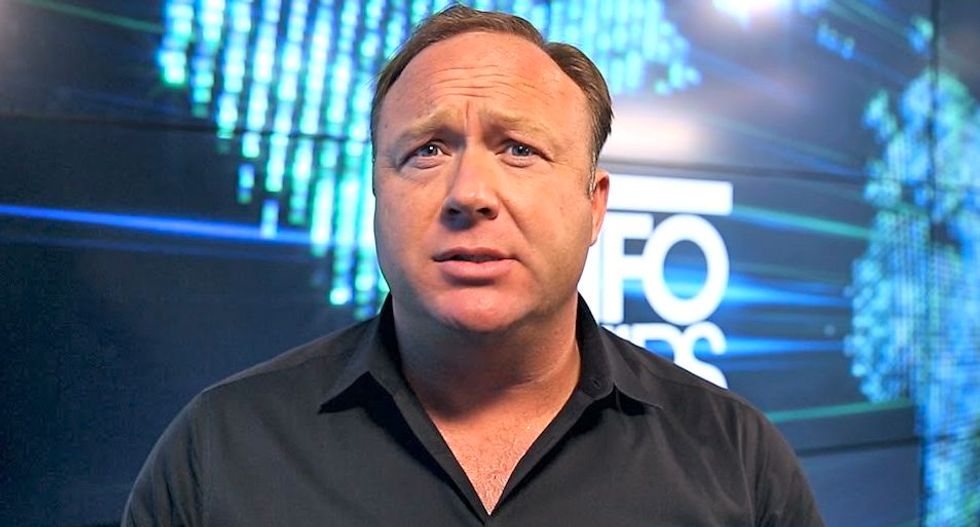 But then, as is often the case on Twitter, a movement to get Jones off Twitter sprung into action. 50,000 users blocked Twitter's top advertisers.

Twitter reportedly asked Jones to take the video down. In other words, they gave him special treatment, just as they did after CNN's report that about 20 of Jones' tweets violated their TOS. Twitter announced that since Jones removed the offending tweets they would take no action.

But finally, late Tuesday night, Twitter appears to have handed Jones literally the lightest form of punishment available. He can still use Twitter but cannot post to the social media platform – for a week, as CNN's senior media reporter Oliver Darcy tweeted:

Twitter spox confirms to me that the company has limited key functions on Alex Jones’ account after determining he… https://t.co/YIwlOPCvgi
— Oliver Darcy (@Oliver Darcy) 1534291864.0

CNN, confirming the suspension, reports Jones' video said, "now is time to act on the enemy before they do a false flag."

Twitter "suspending" Jones for just seven days is a slap on the wrist.

Earlier this week Jones announced that Twitter CEO Jack Dorsey, who has been the public face of the company's refusal to ban Jones, an "ally against globalists."