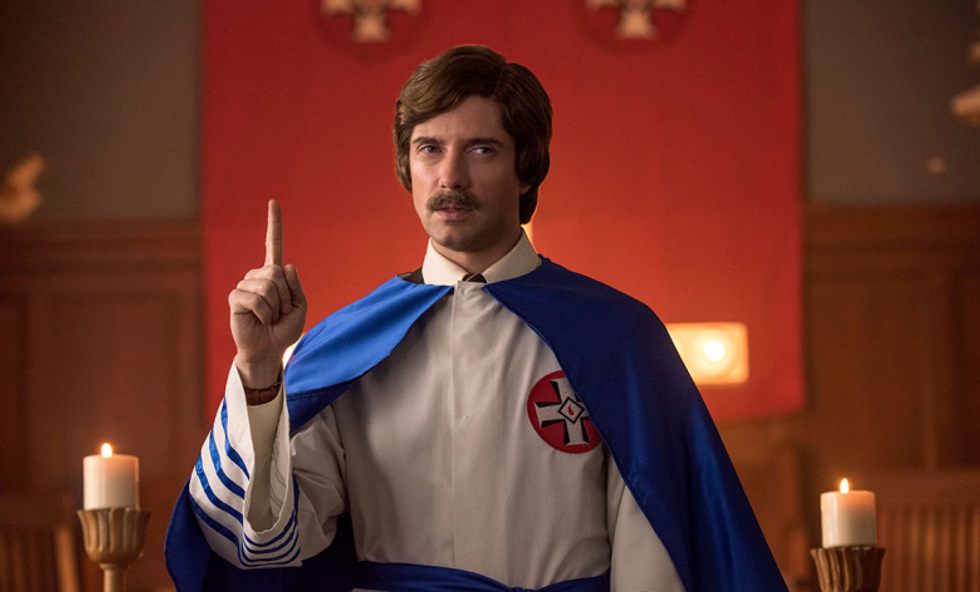 The actor portraying ex-KKK leader David Duke in Spike Lee's "BlacKkKlansman" received a threatening call where he was told his role is bad for race relations.

TMZ reported that actor Topher Grace, best known for his starring role in the mid-2000's That 70's Show, filed a police report after receiving the ominous call.

According to TMZ's law enforcement sources, the person who called Grace also called him a gay slur, and was described as "angry and aggressive." It's unclear how the caller got his number.

The incident report the actor filed could develop into a hate crime investigation "depending on what, if any, specific threat was made," the report continued.

You can watch an interview where Grace describes what made the real-life David Duke "so evil" below, via CNN: