Touré goes off after MSNBC guest says 'only 20' black people were killed by police: 'Why settle for any number?' 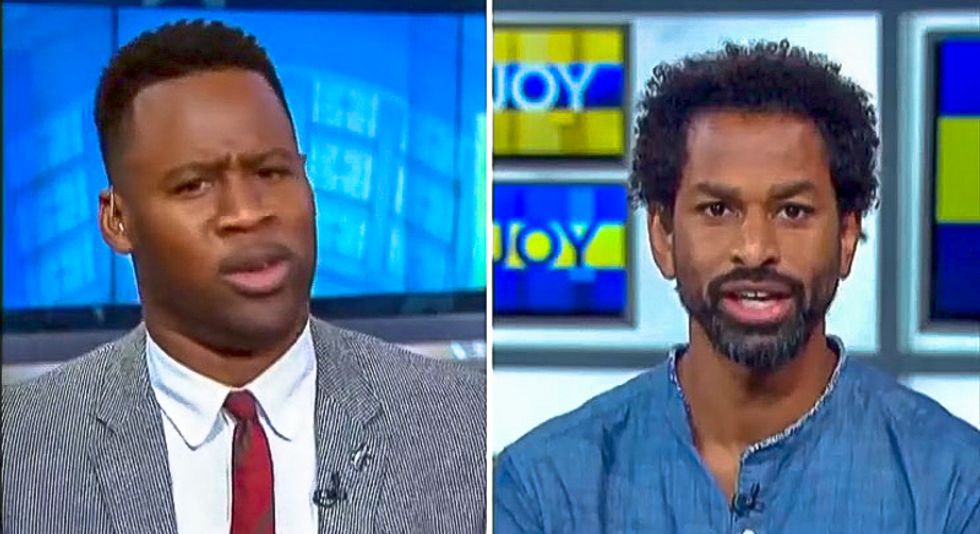 Writer and television host Touré on Sunday challenged conservative podcaster Kmele Foster after he downplayed killings by police by saying that "only 20" unarmed black were people gunned down last year.

While speaking to MSNBC's Joy Ann Reid, Foster argued that black athletes like Colin Kaepernick should not be the "tip of the spear" when it comes to ending systemic racism.

"The fact is there is a lot about the conversation about police reforms, police-involved shootings that I think is very unhealthy," Foster opined. "The fact is when people in a Black Lives Matter camp talk about things or someone takes a knee, the thinking is anyone who disagrees with their perspective does so because they don't care about black lives."

He continued: "I would say if you have a movement like this, you're interested in achieving reforms, it's not apparent that having Colin Kaepernick at the tip of your spear is good. He's going to inflame things that are hyperbolic and don't get to the heart of the issue."

Foster also downplayed the killing of African-Americans by police by pointing out that "only 20" unarmed black people were shot dead by law enforcement last year.

"We shouldn't be hysterical," he said. "Only about 68 of those people [killed by police in 2017] were unarmed and only 20 of those people were black. Thirty of them were white."

"The core issue here is the killing, the wrongful killing of black people by agents of their government," Touré replied. "Colin Kaepernick is morally right -- indeed, has a moral imperative to speak about this when he has a platform. And the notion that you don't do this in your workplace really does not fit."

"When you have a case of life and death, one, two, three is far too many wrongfully killed by our government," he added. "My question is not why is Kaepernick saying so much, my question is why are not more people saying more? Because this is an incredibly important issue in modern America? Why would we settle for any number of black people being wrongfully killed by their own government?"