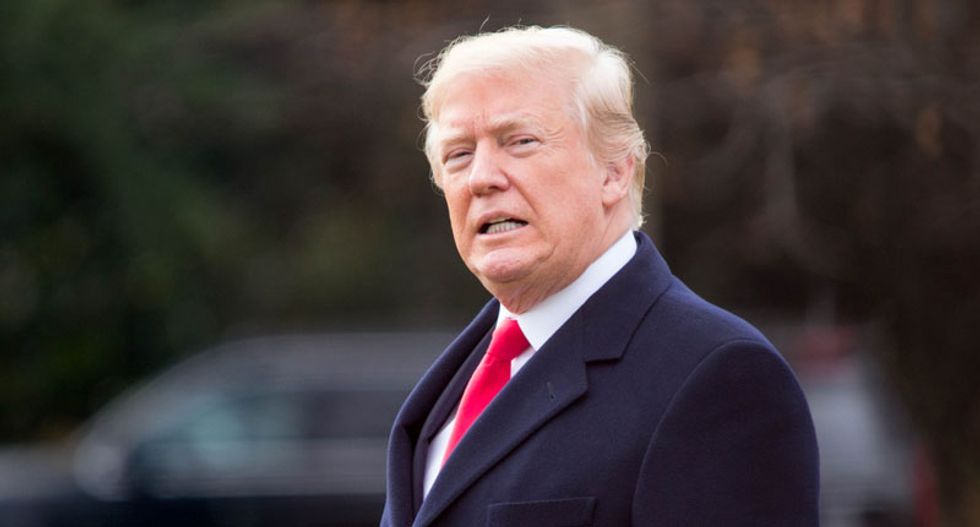 National Enquirer publisher David Pecker has been a longtime ally of President Donald Trump -- and has also reportedly helped the president cover up past sexual misdeeds via "catch and kill" operations that involve his publication paying Trump mistresses for the exclusive rights to their stories and then never publishing them.

According to a new report from Vanity Fair's Gabriel Sherman, however, Pecker has now been granted legal immunity to spill dirt to investigators about allegedly illegal payments the president made to past mistresses during the 2016 presidential campaign.

According to Sherman's sources, Pecker has essentially corroborated former Trump "fixer" Michael Cohen's account that the president directed him to make illegal campaign contributions in 2016 to pay for the silence of adult film star Stormy Daniels and former Playboy model Karen McDougal, both of whom claim they had affairs with Trump.

One Trump ally who spoke with Sherman said he was shocked by Pecker's decision to cooperate with investigators.

"Holy sh*t, I thought Pecker would be the last one to turn," the Trump ally said.

Trump and Pecker have reportedly not spoken to one another for eight months, and their relationship has soured after federal investigators subpoenaed his company, American Media, Inc.