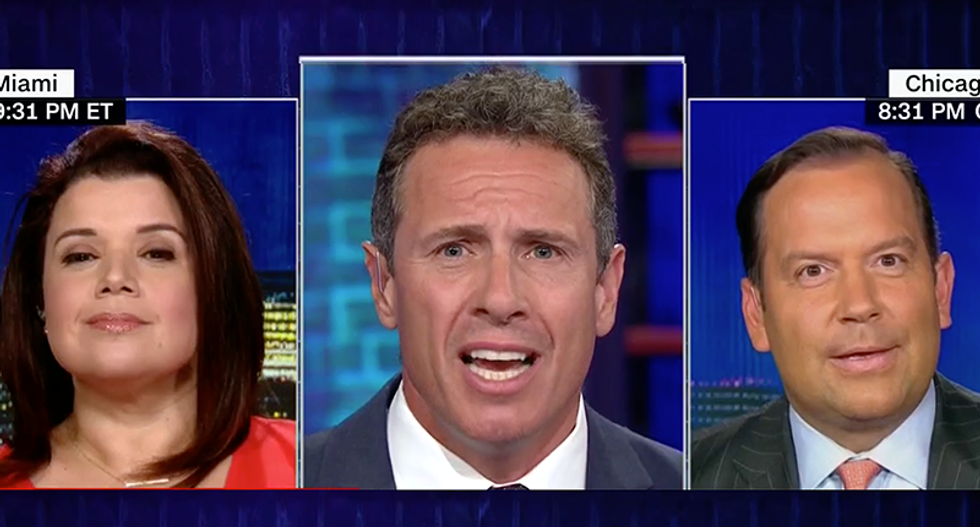 President Donald Trump blamed California Governor Jerry Brown for the raging fire burning through the state. President Trump's former campaign aide was at a surprising loss of words when asked by CNN's Chris Cuomo about the president's reaction.

"California is on fire. Nobody's going to dispute that fact if they know what they're talking about," Cuomo said. "But our president is blaming environmentalists and California's Democratic governor."

Cortes said he knew nothing about fires.

"I have to say first, I have enormous empathy for the victims of this awful tragedy and great admiration for the people who are fighting it," Cortes said.

"I'm a city boy. I know very little about forests, even less about forest fires. you'd have to ask the White House."

He continued: "I think you might think and certainly a lot of your viewers think that I always just instinctively back the president on everything. I don't back him on this nor am I criticizing. I'm just saying I frankly don't know. I'm not a scientist. I'm certainly not a forest management person. So I don't know the answer."