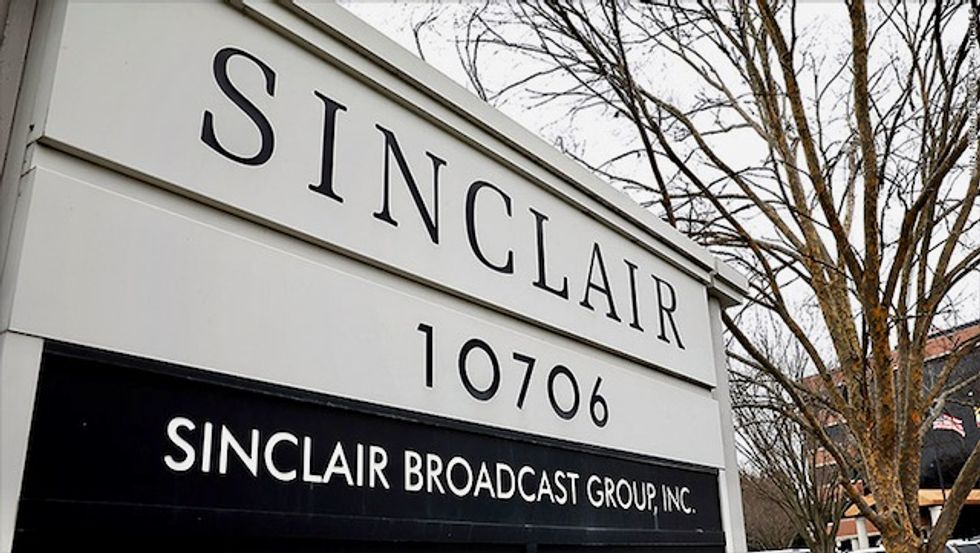 Tribune Media Co has terminated its $3.9 billion deal to be bought by Sinclair Broadcast Group, the company said on Thursday, after regulators objected to the acquisition that had received support from U.S. President Donald Trump.

“To maintain control over stations it was obligated to sell, Sinclair engaged in unnecessarily aggressive and protracted negotiations with the Department of Justice and the FCC over regulatory requirements,” Tribune said.

The Federal Communications Commission (FCC) said in July that Sinclair “did not fully disclose” facts about the merger, raising questions about whether the company “attempted to skirt the commission’s broadcast ownership rules.”

FCC Chairman Ajit Pai has been vocal in his opposition to the deal, a stance that was criticized by Trump.

“So sad and unfair that the FCC wouldn’t approve the Sinclair Broadcast merger with Tribune. This would have been a great and much needed Conservative voice for and of the People,” Trump tweeted in July.

The FCC later voted to refer the proposed merger to an administrative law judge to review questions about Sinclair’s candor, a move that analysts had then said would likely lead to the deal’s collapse.

“In light of the FCC’s unanimous decision, referring the issue of Sinclair’s conduct for a hearing before an administrative law judge, our merger cannot be completed within an acceptable time frame, if ever,” said Tribune Media Chief Executive Officer Peter Kern.

“This uncertainty and delay would be detrimental to our company and our shareholders.”

Under the terms of the deal, Tribune and Sinclair had the right to call off the deal without paying a termination fee if it was not completed by Aug. 8.

Reporting by Arjun Panchadar in Bengaluru; Editing by Saumyadeb Chakrabarty