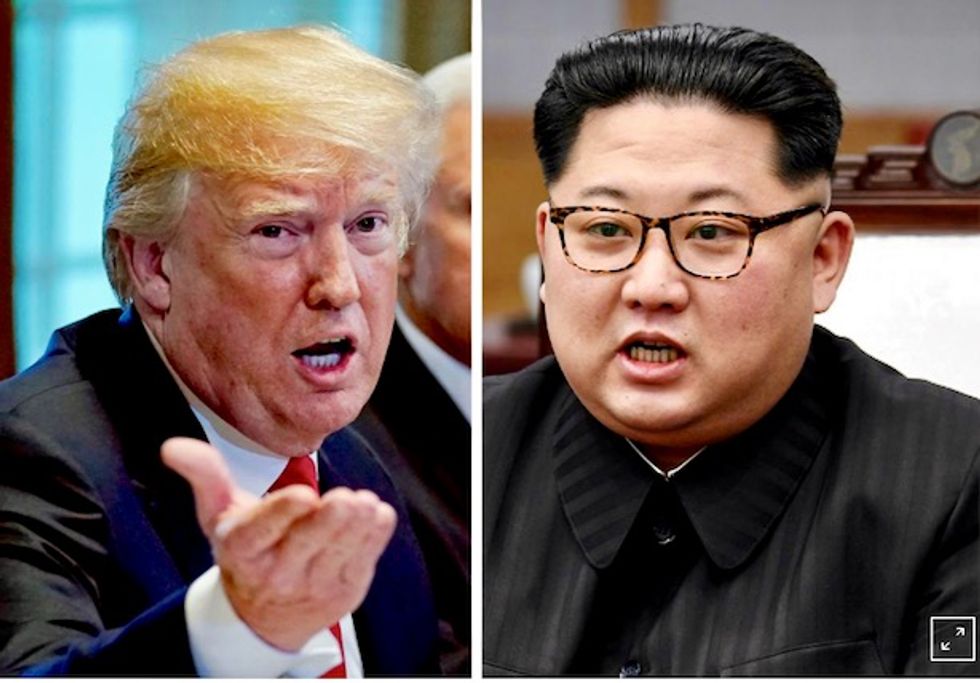 North Korean officials have warned in a letter to the United States that denuclearization talks were “again at stake and may fall apart”, CNN reported on Tuesday, citing people familiar with the matter.

The letter was delivered directly to U.S Secretary of State Mike Pompeo, and stated that North Korean leader Kim Jong Un’s government felt that the process could not move forward.

"The U.S. is still not ready to meet (North Korean) expectations in terms of taking a step forward to sign a peace treaty," CNN reported, citing sources.

The 1950-1953 Korean War ended in an armistice rather than a peace treaty, leaving U.S.-led U.N. forces technically still at war with North Korea.

The North has long made clear that it sees an official end to the state of war as crucial to lowering tensions on the Korean peninsula.

The United States has been reluctant to declare an end to the Korean War until after North Korea abandons its nuclear weapons program.

The Washington Post reported on Monday that U.S. President Donald Trump called off a visit to North Korea by Pompeo after the latter received a belligerent letter from a senior North Korean official just hours after the trip was announced last week.

CNN reported that the letter was sent by the former head of North Korea’s spy agency, Kim Yong Chol, but it was not known how it was sent. The Washington Post said North Korea had been increasingly communicating through its U.N. mission.

CNN reported that the letter also mentioned that if a compromise could not be reached and the nascent talks crumbles, North Korea could resume “nuclear and missile activities”.

On Sunday, North Korea’s state media accused the United States of “double-dealing” and “hatching a criminal plot” but did not mention Pompeo’s canceled visit.

The Washington Post said the exact contents of the message were unclear, but it was sufficiently belligerent that Trump and Pompeo decided to call off the planned trip.

The trip had been announced the previous day for this week and Pompeo had intended to introduce a newly named special envoy, Stephen Biegun, to his North Korean counterparts.

The White House referred queries on the Washington Post report to the State Department, which did not immediately respond to a request for comment.

In cancelling Pompeo’s trip, Trump publicly acknowledged for the first time that his effort to get North Korea to denuclearize had stalled since his June 12 summit with its leader, Kim Jong Un .

U.S. intelligence and defense officials have repeatedly expressed doubts about North Korea’s willingness to give up its nuclear weapons and did not expect Pompeo’s trip to yield positive results.