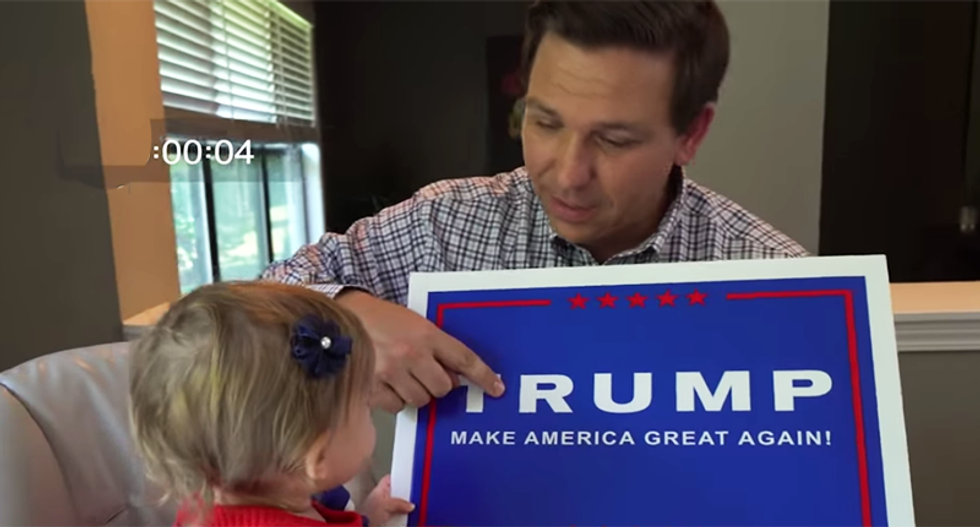 Florida's agriculture commissioner Adam Putnam had been the one leading in the polls until President Donald Trump dived in to endorse DeSantis. Since then, the Congressman has come from behind to lead Putnam in the polls.

One of the first ads DeSantis ran for the race featured the candidate teaching his children how to say Trump campaign phrases and reading stories about the president at bed time.

Florida's Republican Party has also taken a turn toward Trump as Blaise Ingoglia took over.

Trump called DeSantis a "special man" and would push for policies on Trump's legislative agenda.

Trump will likely take credit for a DeSantis win, but if the Congressman lost, he'd likely forget he ever endorsed.