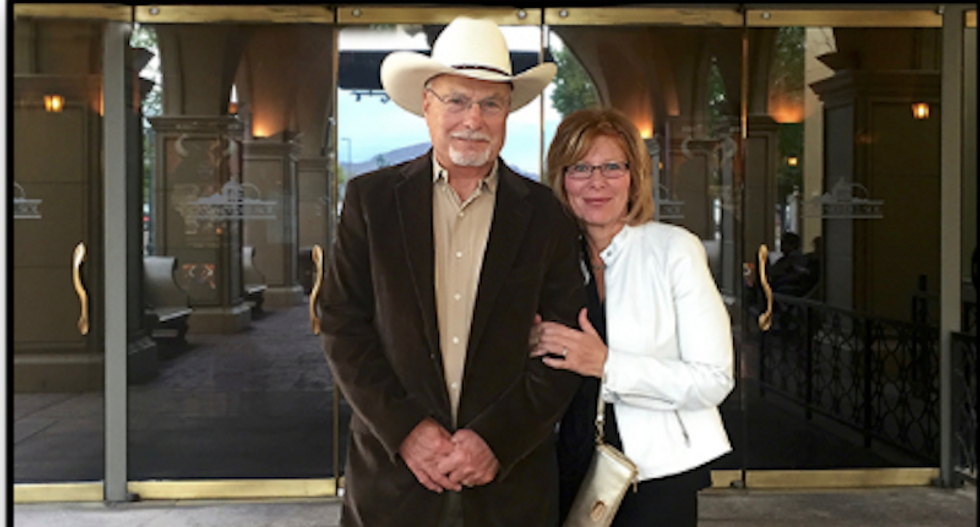 An Arizona Republican Senate candidate who boasted about shooting his own mother has at least one other violent incident in his past.

Candidate Bobby Wilson said he'd shot and killed a crazed attacker when he was 18. As the Arizona Republic reported, it turns out that the attacker was Wilson's own mother, and that both his mother and younger sister died that night. He initially confessed to the killing then denied his testimony, claiming amnesia.

In the summer of 2016, Wilson reportedly barged into the Las Palmas Homeowners Association office and threatened to kill the head of the organization.

According to HOA President Dan Dimovski, Wilson broke down the door, came in the room and told him to stay away from his wife, the Arizona Republic reports.

"My jaw dropped," Dimovski told the Arizona Republic. "I saw that violent look. I'll never forget that ... His face was very, like, crazy. His eyes were like popped out."

His wife stood there silently as Dimovski asked her if she was OK.

He Wilson's wife stood silently next to him throughout the ordeal.

"I kept going, 'Are you OK?' I must have asked it three times," he said. He claims Wilson threatened him with something to the effect of "I know who you are" or "I'll take care of you."

"Knowing what I know now, I think it was a threat to kill me, especially the fact that he has exposed his position on what he thinks of weapons," Dimovski said.

The GOP candidate, who denies threatening Dimovski, wants fewer gun regulations on the books and is running on the Trump-inspired slogan "Make Arizona Great and Get it Done Now."