Trump invents new reason to fire Jeff Sessions: Southern accent makes him talk 'like he has marbles in his mouth’ 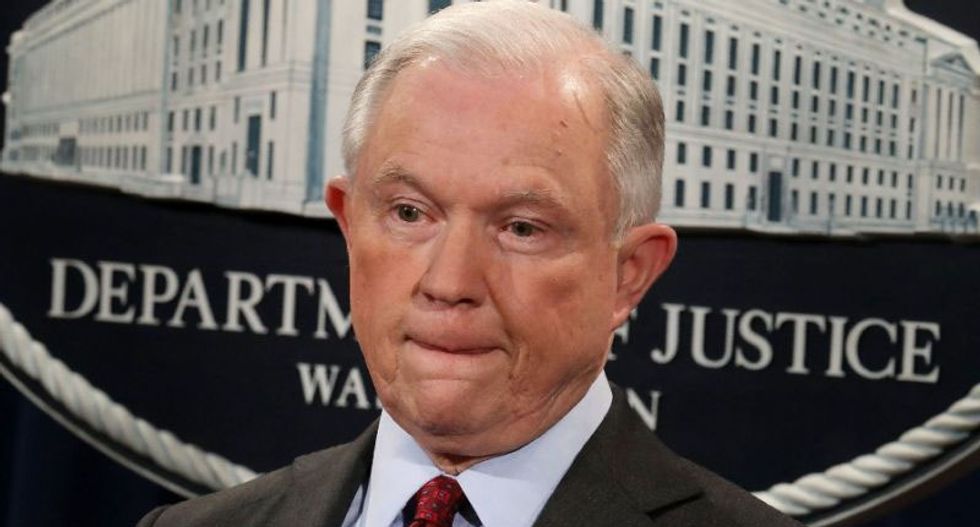 Attorney General Jeff Sessions' decision to recuse himself in the Russia investigation isn't the only reason President Donald Trump wants him fired.

According to a Politico report, Trump also hates the former Alabama senator's Southern style of speaking, which the president believes reflects badly on his administration in TV interviews.

Seized by paroxysms of anger, Trump has intermittently pushed to fire his attorney general since March 2017, when Sessions announced his recusal from the Russia investigation. If Sessions’ recusal was his original sin, Trump has come to resent him for other reasons, griping to aides and lawmakers that the attorney general doesn’t have the Ivy League pedigree the president prefers, that he can’t stand his Southern accent and that Sessions isn’t a capable defender of the president on television — in part because he “talks like he has marbles in his mouth,” the president has told aides.

The report said that Trump has been lobbying Republican senators to pave the way for Sessions' eventual dismissal.

"Trump raised the prospect of firing Sessions last week in a phone conversation with Graham, according to two Capitol Hill aides," Politico reported. "Graham pressed the president to hold off until after the midterm elections."