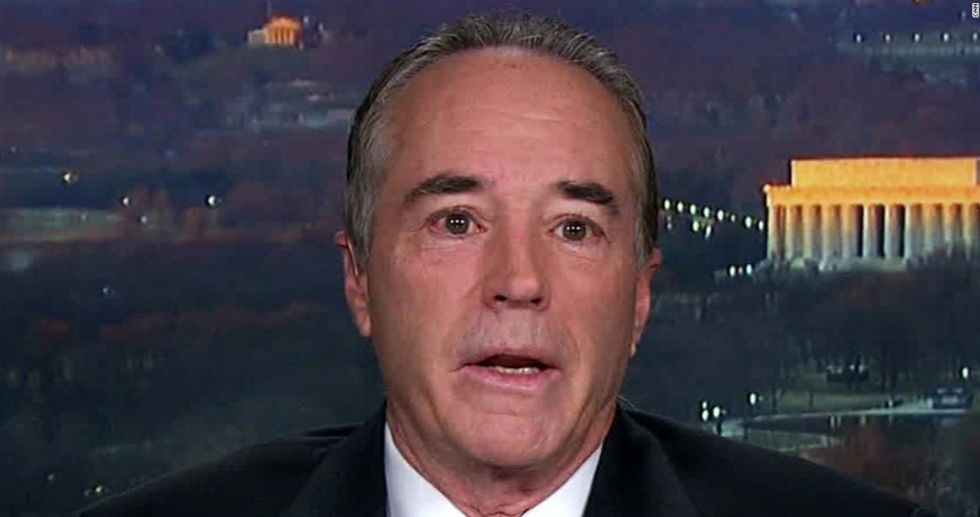 In addition to Collins himself, Collins' son, Cameron, and Stephen Zarsky, the father of Cameron Collins' fiancée, were also charged as part of the indictment for securities fraud.

Specifically, the indictment alleges that Collins last year passed "material, nonpublic information" about Australian biotech firm Innate Immunotherapeutics to his son so he "could use that information to make timely trades in Innate stock and tip others."

In total, the indictment alleges that the insider trading scheme helped the defendants "avoid over $768,000 in losses that they would have otherwise incurred if they had sold their stock in Innate" after the nonpublic information had been released.

Collins, who was one of President Donald Trump's first congressional endorsers, has been under scrutiny for the last year for potential insider trading of shares of Innate Immunotherapeutics, a company where Collins himself is the largest majority shareholder.

Last fall, for instance, the Office of Congressional Ethics released a report that concluded there was “substantial reason to believe” that Collins had broken federal law regarding insider trading in his dealings with the stock.

Read the full indictment at this link.