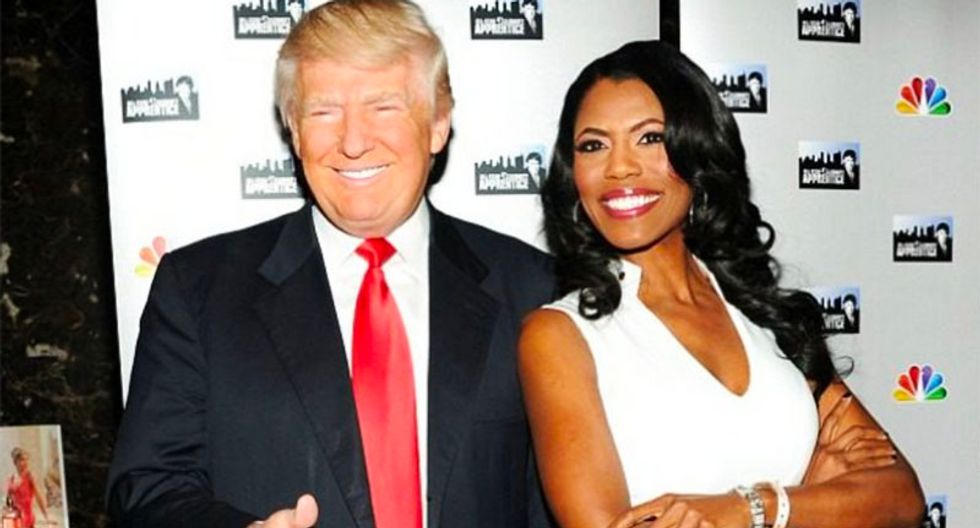 Trump's three-time "Apprentice" castmate has been releasing secret White House recordings as she promotes her new tell-all book, and the president has been attacking Manigault's intelligence and credentials.

"When you give a crazed, crying lowlife a break, and give her a job at the White House, I guess it just didn’t work out," Trump tweeted. "Good work by General Kelly for quickly firing that dog!"