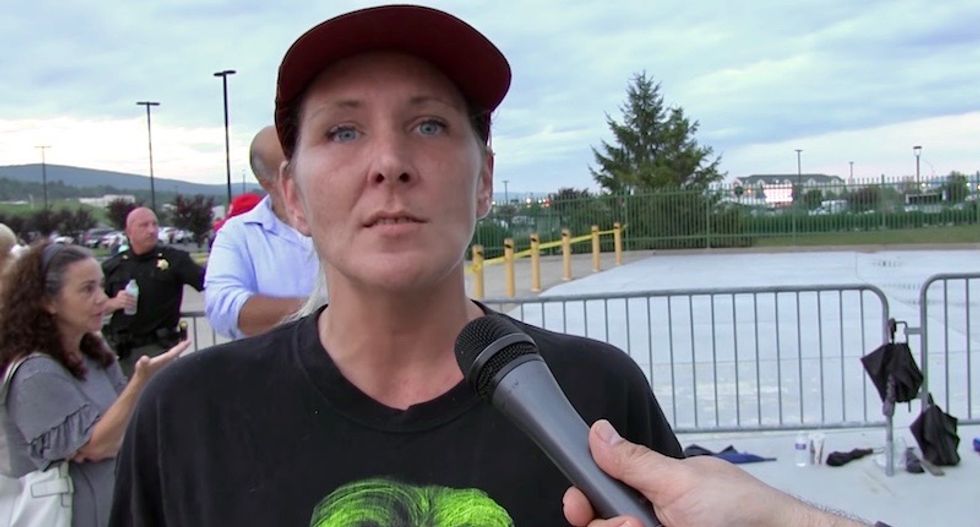 Robert Mueller's investigation into the Donald Trump campaign's collusion with Russia in the 2016 election is a tricky question for Trump supporters, as seen in a new video by The Young Turks.

In the video, interviewer Eric Byler asks Trump supporters outside the Mohegan Sun Arena in Wilkes-Barre, Penn. where they stand.

"When you get up into the government there is so many cover-ups and things that the public just doesn't know about," she said.

The woman said she wouldn't mind knowing, but that there were not enough "resources" to ever get the truth.

"In a perfect world it would be great for us to know," she said. "But in reality, if we're using valuable resources to get to a conclusion that we probably will never end up at... It's very hard to prove that kind of stuff."

She was then asked about her shirt—and face-planted, hard.