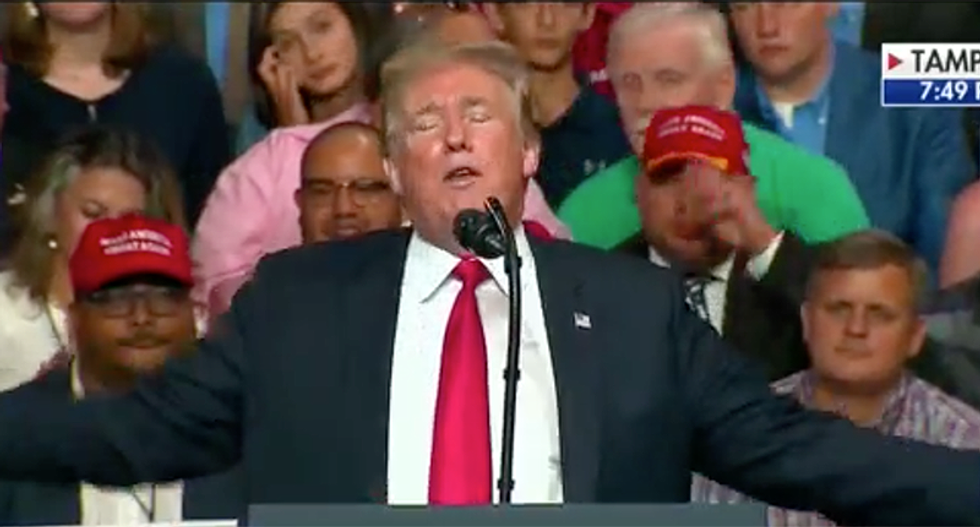 On Thursday, the White House released a press release boasting that "President Donald J. Trump is Addressing the Healthcare Issues Left by the Past Administration."

“The American people deserve a healthcare system that takes care of them — not one that taxes and takes advantage of our patients and our consumers and our citizens,” read a statement by President Donald J. Trump.

In addition to repealing the individual mandate, which kept health insurance markets stable by pooling young healthy people with older patients in need of more services, the administration expanded access to short-term plans.

"The Departments of Health and Human Services, Labor, and the Treasury increased options for Americans facing extremely high insurance premiums by releasing a rule allowing for the expansion of short-term, limited-duration health plans," the administration said. "The plans are expected to be utilized by millions and be up to 50 to 80% cheaper than Obamacare options."

Dressed in the rhetoric of the free market and more consumer choice, the limited duration plans might sound good in a press release. The problem is that the short-term insurance industry operates by selling policies that do not offer the essential benefits of ACA-compliants plans.

In short, it's a virtual legal scam.

Dr. Nadereh Pourat, a professor at the UCLA Fielding School of Public Health explains to Raw Story why lengthening the time consumers can buy into these policies is bad for patients and for the health insurance markets.

"The ACA was an attempt to deal with these policies that may look like coverage but have so many holes and gaps in them that you really don't realize you don't have coverage until you try to use it," Pourat says.

"Keep in mind the ACA was meant to addresss some of the practices in the health insurance markets that were harming consumers, leaving them vulnerable to huge medical debt, significant gaps in policies, or people not being able to get coverage when they needed it, or kicking people out if the policy if they had some problem," she says.

After the passage of the Affordable Care Act, people could buy into these policies as a last possible resort and were limited to three month periods. Now, they can use these policies for up to three years. Dr. Pourat does not see the administration's move as a positive step for consumers, but rather another way to kill Obamacare.

"It's a back door to undermining the ACA as far as I can see," she says.