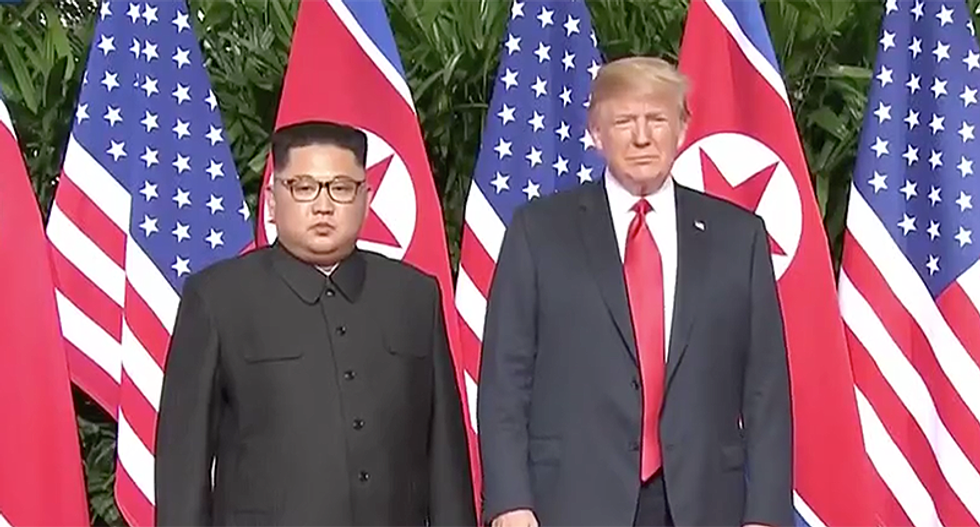 Sung Kim, the U.S. ambassador to the Philippines, who has played a prominent role in U.S. talks with North Korea, handed the letter to Ri Yong Ho on the sidelines of a regional meeting, State Department spokeswoman Heather Nauert said.

She said the letter was a response to one from Kim Jong Un to Trump.

In Singapore, U.S. Secretary of State Mike Pompeo and Ri shook hands and exchanged words and smiles at a Southeast Asian security forum, but had no formal meeting, Nauert said. Nauert said Pompeo told Ri: “We should meet again soon.”She said Ri replied: “I agree, there are many productive conversations to be had.”