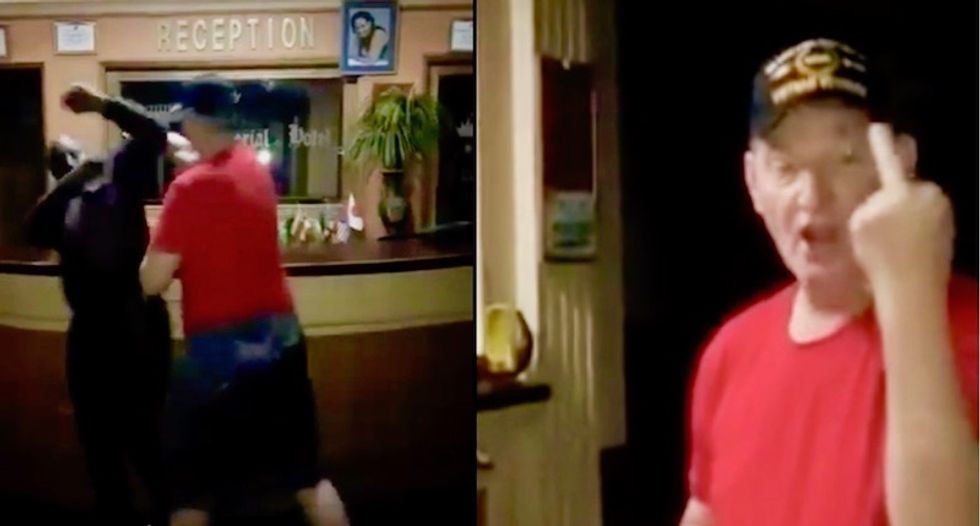 An American missionary has been arrested by Ugandan authorities after a shocking racist attack in which he repeatedly struck black hotel workers while insulting them.

Police in the African nation confirmed that they had detained an American Jimmy L. Taylor after the attack.

In the video, posted to Facebook, Taylor can be seen striking hotel workers several times as he insulted them. He called them the N-word and b*tches repeatedly while talking about Jesus.

"You're not a human," he said at one point. “F*ck Uganda! I’ve come to love Uganda, I’ve come to help Uganda, but Uganda hates Jesus through this son-of-a-b*tch.”

“You obey what I say,” Taylor said. “I don’t obey you. You understand me? Open my goddamn room, n*gger b*tch!”

The Kampala Post reports that Taylor admitted to the attack and said "an illness caused him to suffer stress."

According to a report from the San Francisco Chronicle, the embattled mayor of Windsor, California has enlisted the help of a prominent Donald Trump lobbyist in his efforts to hang into his job after accusations of sexual assault.