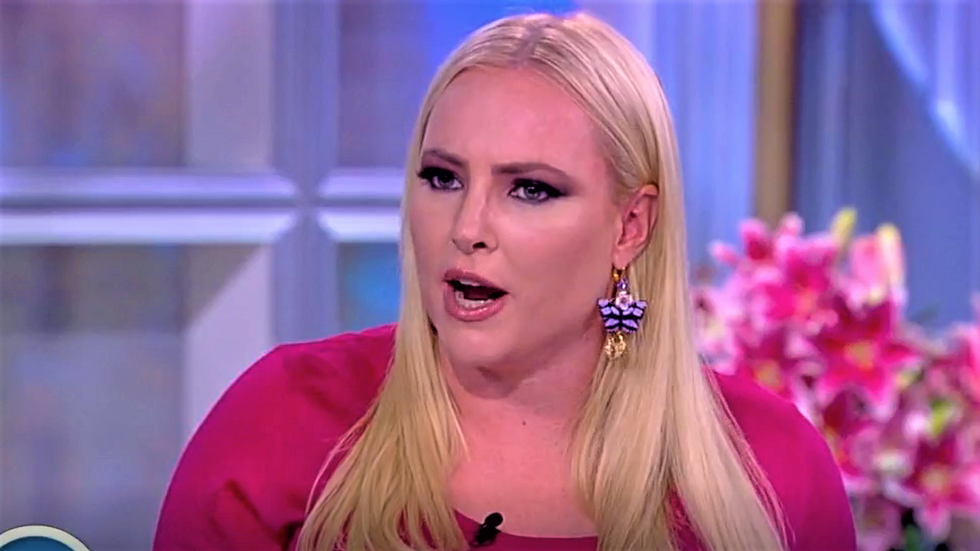 "The View's" Meghan McCain grew highly defensive on Friday when her fellow hosts questioned whether she could complain about bias in the news given her history of working at Fox News.

During the segment, McCain complained about negative coverage that Republicans receive from mainstream news networks -- and the hosts pointed out that Fox News, where McCain used to work, is relentlessly negative toward Democrats.

"It's one network!" McCain argued.

Guest host Ana Navarro pointed out that, whenever she appears on CNN, she always had a pro-Trump guest on to spar with her. On Fox, she said, dissenting voices aren't nearly as frequent as they are on CNN.

McCain angrily shot back that she has worked for multiple networks and shouldn't be pinned as an apologist for Fox.

"Why are you re-litigating my career?" she snapped. "Now I'm on ABC!"

"Because you're going after CNN, which is my career," Navarro shot back, referring to her regular appearances on the network.