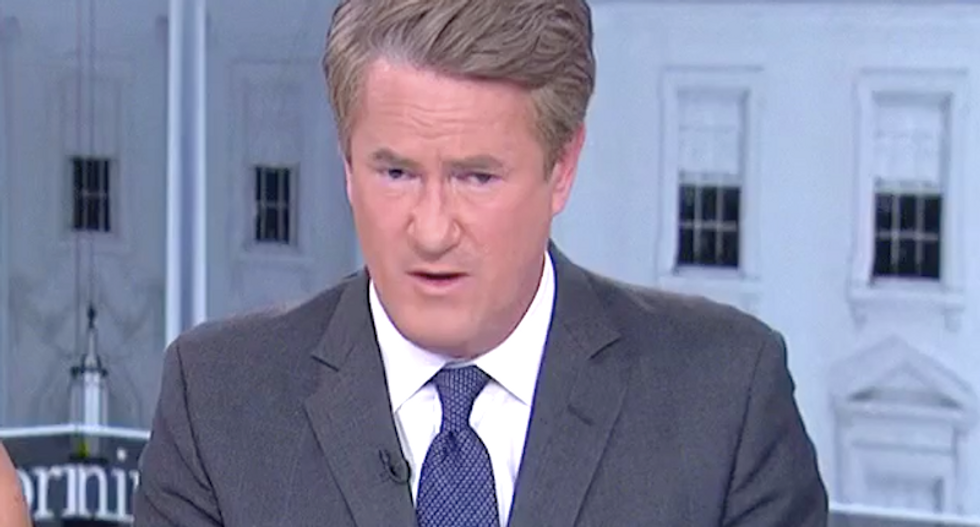 A "Morning Joe" panel on Monday said that President Donald Trump's latest frantic tweets indicate he knows that his own son is in serious legal jeopardy.

To start off the discussion, co-host Joe Scarborough ran through a montage of false statements that Trump administration officials made about the infamous 2016 Trump Tower meeting.

"We're used to the lying, but on something this big, perhaps the most important part of this entire investigation, everything you heard from White House representatives there was a lie," he said. "Donald Trump admitted weekend they were all lying. What are the consequences of this?"

Reporter John Heilemann responded that the president and his inner circle seem to realize that the lies they have been telling about the Trump Tower meeting are falling apart -- and they won't be able to hide from the legal consequences much longer.

"I know it's an indication that some folks are not just in serious trouble but now recognize they're in serious trouble," he said. "Last week, we watched as Donald Trump went further, deeper, into the realm of public obstruction of justice when he started attacking the Mueller probe, started suggesting the attorney general should shut it down."

Heilemann went on to say that the Manafort trial, in combination with former "fixer" Michael Cohen flipping on him, likely brought into focus for Trump just how much trouble his own son might be in.