WATCH: Arkansas cop tells group of black residents that they 'don't belong in my city' 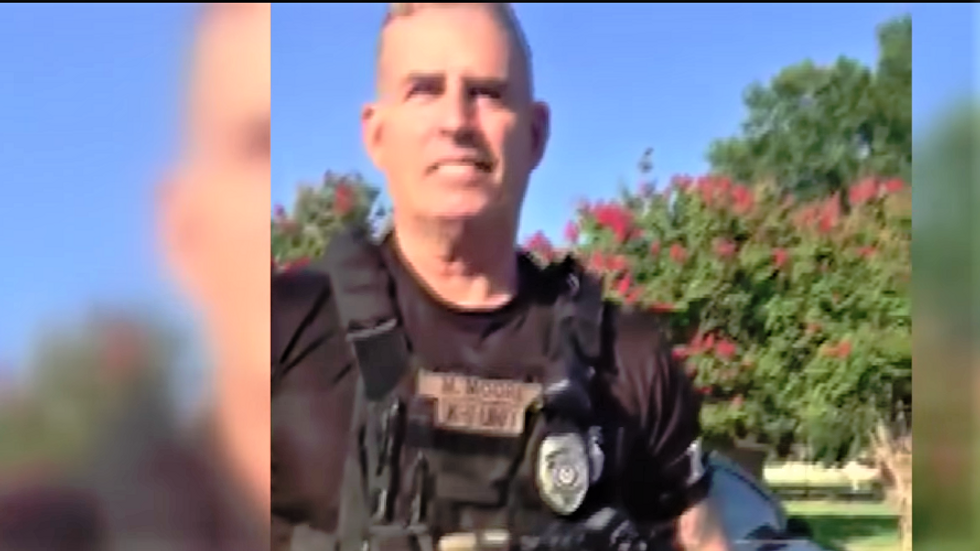 A police officer in Arkansas has been fired from his job after being shown on camera telling a group of black men that they "don't belong in my city."

Local news station THV 11 reports that Mike Moore, a police officer for the town of England, Arkansas, told Demarcus Branch and his friends that they weren't welcome in his city.

In the video, Moore approaches the men and tells them, "You don't belong in my city."

Branch is taken aback by the officer's statement and says, "We're from here!"

"But you understand, I know who my people are, right?" Moore asks. "Who belongs here and who doesn't? We've got gang wars going on, we got all kinds of stuff."

Branch brought the video to the department to let them investigate it, but he didn't hear anything back from them for weeks. He then decided to post the video on Facebook, where it quickly drew attention.

Moore has since been terminated, although Lonoke County Sheriff John Staley tells THV 11 that his dismissal has nothing to do with the video of him telling black people they don't belong in his city.

"It is not a race issue, it is a personality issue," Staley said. "He was terminated from Lonoke County Sheriff's Office because he couldn't get along with other officers and other agencies."