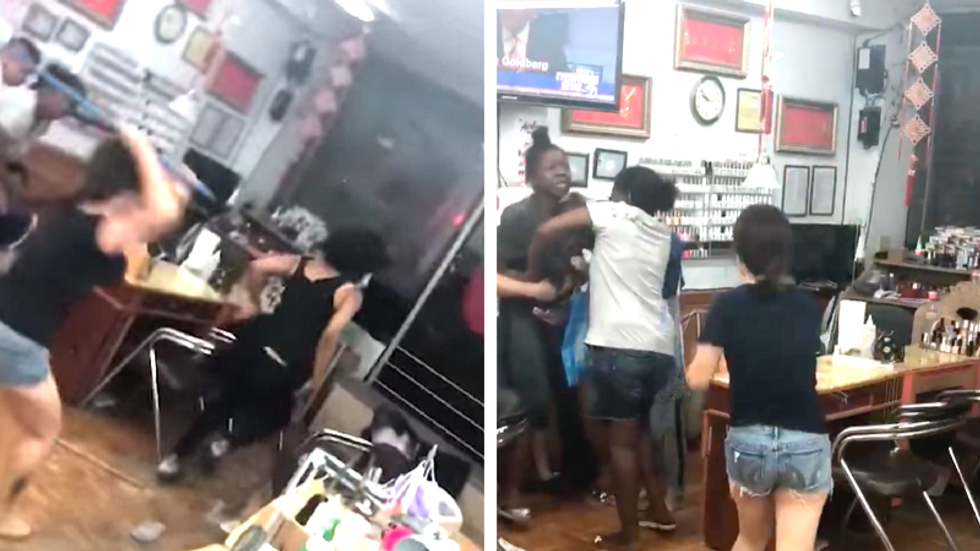 A Brooklyn nail salon owner treated a black customer like an "animal" by pounding her with a broomstick after she refused to pay for her services.

The brawl broke out at New Red Apple Nail salon and witness Mercy Maduka recorded and uploaded the video to Facebook.

The customer, Christina Thomas, refused to pay because she did not like the way the owner, Huiyue Zheng, waxed her eyebrows.

"So I’m at the nail salon and they f*cked up a lady's eyebrow and she refused to pay then a fight broke out," Maduka wrote in her Facebook caption. "Share this cause the cops decided to arrest the black people but not the Chinese people who ganged up on them-- hitting them like animals."

Police arrived at the salon on Friday night an arrested Zheng, 32, who was charged with assault, menacing and criminal possession of a weapon, reported News 12.

Thomas was also charged with a misdemeanor assault. On Monday, people gathered to protest the salon and demanded it be shut down.