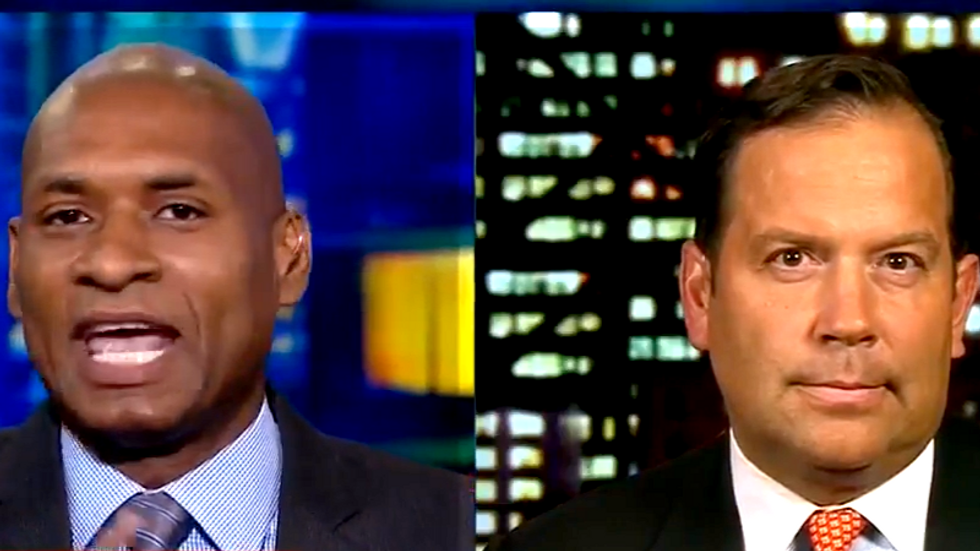 "I don't believe it's at all racial," Cortes said on Monday night's show. "He criticizes people like Chuck Todd and Joe Scarborough. He does not seem to hold back regardless of gender or ethnicity at all. He's the Floyd Mayweather of politics."

Lemon repeated that there are mounds of evidence that proves President Donald Trump is racist.

"How much more evidence do you need?" Lemon asked Cortes. "Being a racist does not mean walking down the street calling people the N-Word. It is what you do, your practice. It is what you say, how you treat people, who you hang out with, it is what comes out of your mouth. You judge people on their lies and their action. That's what I've judged from his action. We know this administration is fact-challenged but all you have to do is look at the facts."

Blow then called out Cortes for his strategy to deflect from answering the real questions and avoiding the heart of the issue.

"This is again a whole bunch of things that are not related to each other and he tries to get around the actual facts we put on the table," Blow said. "That's what you do. I've seen you on television a million times and it's kind of clever but it's not clever with me."

He continued: "Look at those men who are kneeling to protect the lives of other black and brown boys and men who have been shot by the police and doing so quite frankly in one of the most peaceful ways you could possibly do it, not even saying a word, just going down on a knee, it is literally one of the most peaceful ways of protest you could think of."

"But he knows that people in those audiences don't see that. They see black men being disobedient, and that is what [Trump] is using."