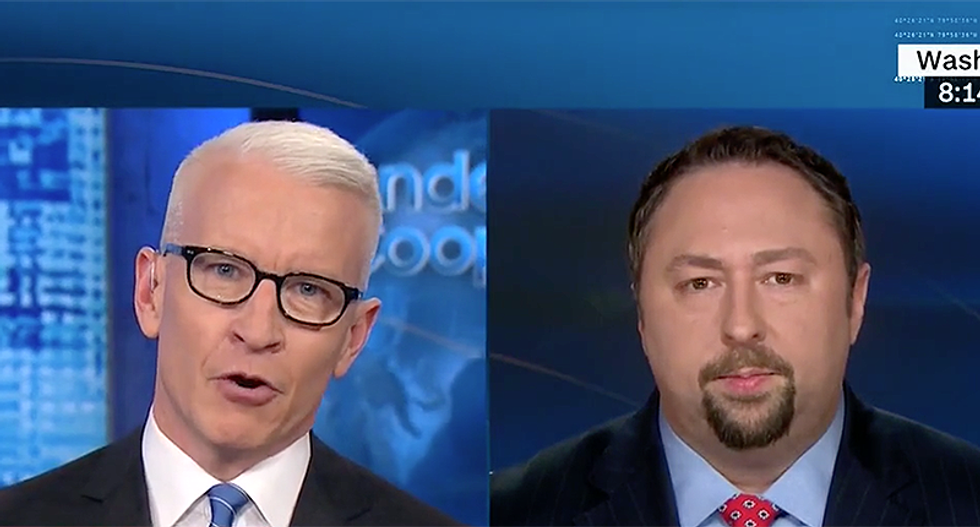 On Friday, CNN's Anderson Cooper reported that President Donald Trump is on the path to making  5,000 false claims by the midterm elections.

During a panel discussion global affairs analyst Susan Glasser said that the increasing numbers of President Trump's lies are mind-blowing.

"The numbers are just mind-blowing to me. If you look at The Washington Post fact-checker column, they do a great job with this. He has actually been tracking all of President Trump's factual assertions ever since Trump's inauguration," Glasser said. "What he's found is that the number of false statements has almost doubled just in the last six months compared with even the very, very fast pace of untruths and misstatements in the first year of the Trump presidency. He thinks Trump is on track to have 5,000 misstatements and untruths by the midterm election day this November."

"Do you see an uptick in the number of false statements by the president or misleading statements," Cooper asked President Trump's former campaign aide Jason Miller.

"I think the president is definitely reaching a different comfort level. I think he's relying less on certain staff folks, and I think he has a better handle on what he needs to do from his perspective," Miller said.

Before he could finish his statements Cooper interrupted him.

"According to The Post the level of untrue statements, I mean, is far beyond what any previous administration that they have tracked. I mean it's certainly -- it's a huge number," Cooper said.

Cooper repeated that President Trump has had "4,229 in the last five months."

Glasser said that President Trump has started a war on the truth.

"Let's be real. A year and a half into this administration, whatever you think of the policies, there is a war on the truth that is going on here," Glasser said. "I don't think it is useful for any of us to get into an argument over whether it's 2,329 or 2,212 lies. It is very clear that the president of the United States is the most untruthful president of our adult lifetime certainly or anything that I can remember."